The problem with aid is that, to reach vulnerable people, you need to take risks.

Whether you are working in a disaster zone – such as the floods in Bangladesh in or the Haitian earthquake- or a conflict zone – such as Syria, Iraq or Afghanistan – risks have to be taken to reach those in desperate need.

As a former aid worker myself, I felt physically sick when I see images of David Haines in news reports. As a security consultant, former RAF serviceman and veteran aid worker he was better placed than most to understand and accept risk, yet he still fell into terrorists hands. 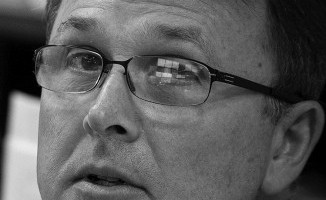 No matter how much you mitigate against risk...western aid workers are stand out targets

No matter how much you mitigate against risk when working in volatile zones, western hostages are the highest commodity available to terrorists and are stand out targets. Wherever there is conflict they will be targeted as a priority: in David Haines’s case, and now Alan Henning, both had been singled out and their movements well known to Islamic State.

As risks have become greater, aid agencies have increased their use of local staff. Contrary to popular belief few western aid staff actually work in conflict zones. After a spate of kidnappings and killings in Iraq and Afghanistan just after 9/11 many NGOs changed their thinking when it came to using western personnel.

Now they are a rarity; western aid workers often only visit conflict zones on an advisory basis – to train locals or do security assessment after which they vacate, usually within a month, with their mission accomplished.

As an aid worker in a conflict zone, Alan Henning has probably been trained in how to deal with the situation facing him. You are taught to remain calm, do everything you are told and try to develop personal relationships with your captors. However, in reality, all you have is hope.