Fundraiser Mairi Whannel has been humbled at how the local community has supported her brother following a life-changing accident.

It was May and I was at work when I took the call – the kind you dread most, telling you to come urgently to hospital because there had been “an accident” with a family member.

My brother Christopher had been taken to the Southern General in Glasgow and the last thing I expected was that his injuries would be life changing.

A scaffolder by trade, he had fallen through several floors of a partially constructed building, breaking vertebra and damaging his spinal cord.

He went from a fun-loving, active, fit 32 year-old to tetraplegic in one mis-placed step, falling through unsecured flooring. 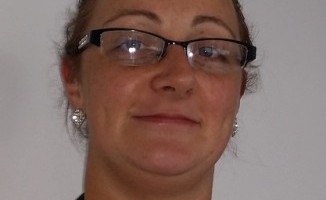 People have just been so kind, donating, helping and spreading the word. It makes facing the future a whole lot easier – knowing everyone is supporting you.

Tetraplegic means he has no functions at all from the waist down although he has some use of his upper body and is now beginning to show signs of movement in his arms.

While the last few months have been the most challenging period of my life, they have also been the most heartening and humbling.

Last weekend we hosted a walk in aid of Chris from Largs to my home town of Ardrossan. There were over 20 of us – some folk just turned up to support the cause even though they don't know my brother, including a 74 year old man who said he just wanted to help.

Fundraising is important because Chris will need lots of equipment and adaptations not supplied by the NHS to make his life easier.

In a very short space of time we’ve raised around £4,000 to this end which is very humbling because people have really responded to his cause.

Charlie’s Bar is the hub of fundraising in Ardrossan. Over the years it has raised thousands for local people and causes. It’s an institution, hosting and organising events such as raffles, talent shows, walks, runs, outings and quizzes.

The Ardrossan community has been brilliant. It always is. People have just been so kind, donating, helping and spreading the word. It makes facing the future a whole lot easier – knowing everyone is supporting you.

My family and I have really just got on with things since the accident. But Christopher's positivity has inspired us all. We took the attitude there was no point sitting round feeling sorry for ourselves; as soon as we knew the prognosis we got together and worked out what practical solutions we could come up with.

My mum’s been a carer all her life and she’ll be able to spend time looking after him when he gets out of hospital. We’ve never really considered how much this changes our lives; we’ve just thought about how we can get together as a family to help him.

Christopher himself is doing the best he can and the doctors have been really impressed with his progress so far. It’s been a tough one for him to take: knowing you’ll be reliant on care for the rest of your life is not easy.

But Chris is facing it heroically – he’s an inspiration to us all.

TFN magazine's May edition is out now - and you can read it all here!
NEWS
16 May 2022
16 May 2022
Top Scottish social enterprises named
NEWS
16 Aug 2021
16 Aug 2021
TFN's Guide to Running a Charity is now online
NEWS
20 Dec 2021
20 Dec 2021
Latest news
National Epilepsy Week shines a light on Scots living with condition
NEWS
27 May 2022
27 May 2022
Popular posts
It's back - The Gathering returns for 2022 New chief executive of Scouts Scotland announced "System change": Calls for overhaul of third sector fundingShamima Begum is a brainwashed child - and should be allowed to return