If not the bedroom tax, then what?

The Scottish Parliament’s welfare reform committee has called for an end to cuts to housing benefit to people with spare bedrooms.

It said the so-called bedroom tax was failing to address housing problems and could cost the state more in support provided to tenants through housing associations, councils, charities and the Scottish Government. Axing the under-occupancy charge, however, doesn’t address the problems the UK government set out to solve in the first place. TFN, therefore, has asked key commentators, if not the bedroom tax, then what?

Scottish Labour and convener of the welfare reform committee

The welfare reform committee’s interim report, published last Friday, shows the bedroom tax has utterly failed in reducing public budgets and in freeing up accommodation. Our inquiries found the bedroom tax is likely to cost more in housing modifications, management of discretionary housing payments and rehousing homeless tenants than it saves in housing benefit. It is also failing to free up housing, as in most areas there are few small properties for tenants to move to.

Hopefully the nightmare of the bedroom tax is now coming to an end in Scotland, but the question of how to tackle these issues is a fair one. There is nothing sacrosanct about the benefits bill to my mind. I would be happier if it was lower. Not because deserving and predominantly disabled people have been forced off benefits but because more have been helped into work. There has been a lot of focus on the size of the benefits bill recently, but not much on the programmes which are meant to be helping people back into work. These also appear to be failing to deliver, and particularly for those who are hard to place. Again, these are often people with disabilities.

I think anyone who has had anything to do with the current benefits system recognises it needs to be streamlined and I know this view is shared by the welfare reform committee. However, the early stages of introduction of Universal Credit have been beset by so many difficulties and so much mismanagement, the credibility of the whole project is now in doubt. I think in future we will be looking far more to this troubled initiative to produce some answers. 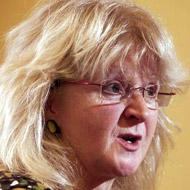 The simple answer is repeal the bedroom tax. It ignores the structural mismatch between the profile of demand from households and supply housing stock. The need to free up housing stock might apply in London but certainly not in Scotland.

Homes need to be flexible. Children need space to study and they may move away then come home again. Older relatives may move in as an alternative to hospital or care. In some cases under-occupation represents the best use of a property: for instance many social landlords have two and three-bedroom homes in high rise blocks and avoid letting to families with young children, learning from the mistakes of the past.

It is not that easy to downsize: there simply isn’t the supply of smaller, alternative properties for people to move into. We need a reasonable supply of smaller homes but the main focus of future development should be to create balanced communities. And building more one-bedroom units is uneconomic and could be a big mistake in the long run.

The fundamental truth is housing supply is not a tap to be turned on and off at will or without consequences. Housing investment has to be geared to meet both existing and future housing needs: this relies on a steady income stream. Good-quality housing is expensive to build. Adequate government subsidy is required both to build new rented homes that are genuinely affordable to low-income households and to provide financial support to those who cannot pay. If rents are genuinely affordable then this minimises the cost of any government assistance to tenants. 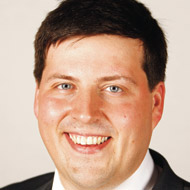 SNP and deputy convener of the welfare reform committee

Perhaps like no other of the reforms, the bedroom tax – or the under-occupancy charge as the UK Government calls it – has come to symbolise the punitive nature of the process that is underway.
Just last week, the Scottish Parliament’s welfare reform committee, where I sit as deputy convener, published its interim report on the bedroom tax, where we found it to be iniquitous and inhumane and potentially in breach of individual tenant’s human rights.

Although the bedroom tax may reduce the housing benefit bill for the UK government, it introduces a number of new costs to tenants, housing associations, local authorities, the Scottish Government and others and may cost more than it saves.

In other words it’s robbing Peter to pay Paul.

The Tory-Liberal government in London claim this is a policy designed to free up social housing, but they singularly fail to recognise it isn’t housing benefit that has caused problems in some parts of the UK in terms of housing pressure (mainly some parts of London rather than here in Scotland).

What has driven this has been under-investment in social housing by successive UK governments and continued support for right-to-buy – a policy which has seen an estimated 500,000 social sector homes sold off in Scotland.
The real response to the challenge in social housing is to increase its availability. The Scottish Government’s housing bill which will, amongst other things, abolish right-to-buy is a necessary response, as has been the building of council homes for the first time in a generation that we have seen in recent years. 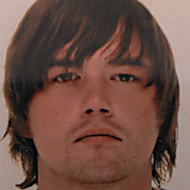 If we were to build more social housing, meeting demand with supply rather than letting the market decide value, and remove the incentive of buy-to-let properties, we would reduce the benefit bill over the longer term by creating employment as well as setting rents at a far more reasonable level.

But logic and social need is not the ideology being pursued by the current government.

The bedroom tax is about smashing what is left of social housing in the UK.

This is the way to ensure people can get the social housing they need – not by hammering them with a bedroom tax. 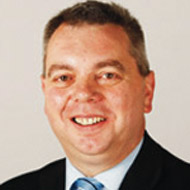 Scottish Conservatives and member of the welfare reform committee

The issue of welfare reform continues to attract comment and criticism, with the under-occupancy charge being the main focus of this.

Detractors of the welfare reform process too often choose to either ignore the necessity to bring under control a benefits bill that was unaffordable, or that the majority of people acknowledge this need and support it.

It is in my view a damning indictment of some of those detractors who loudly oppose what they call the bedroom tax, that they appear quite content to ignore the plight of those families living in overcrowded accommodation, desperate for extra rooms, while others live in accommodation that has more rooms than they need.

Where is the fairness in this situation? Or is that an inconvenient truth for those whose opposition to welfare reform is driven predominantly by their political views?

It is often pointed out there are not enough one-bedroom homes to satisfy the needs of those who seek to downsize, but again this ignores the fact tenancy turnover for single bedroom homes is frequently higher than for those with more bedrooms, therefore expediting the balancing process.

The bottom line is resources continue to be scarce, and that makes it even more important that we maximize the use of our existing stock and target our help where it is needed most.

That is what welfare reform is all about, and is what I believe it will ultimately deliver. 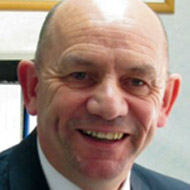 Since our organisation was founded 40 years ago it has called for flexible use of Scotland’s housing stock to prevent and tackle homelessness. The bedroom tax in the social rented sector undermines that.
Whether or not in net terms it actually saves any money in Scotland is debatable. If it does, it is a very small amount when you take into account the additional costs of arrears, extra costs if tenants transfer to the private rented sector, the churn in the social rented sector and additional time spent by single people in temporary accommodation, quite apart from the bureaucracy involved.

The fix proposed by the Scottish Government, while helpful, is not the answer. Discretionary housing payments are, as their title suggests, discretionary rather than an entitlement, and additional funds can easily be removed.

Discretionary payments should not be used to cover structural flaws in policy. That needs a change in policy rather than a discretionary sticking plaster. The bedroom tax does not fit either the profile of Scotland’s housing stock or its housing policy. Our social housing is primarily two- and three-bedroom homes but the demand is primarily from those who require one bedroom (though their needs will change over time).

Whatever the referendum result, Scotland needs the power to determine housing subsidies which meet our needs and don’t undermine the progress we have made in tackling homelessness and housing need. That means ending the bedroom tax in the social rented sector, and recognising the social benefits of a flexible housing policy far outweigh any marginal savings to the housing budget.

Sturgeon calls for an end to cap on support for tenants

A LIMIT on the amount of help the Scottish Government can provide to people who are struggling to pay their rent because of the so-called bedroom tax should be scrapped, Nicola Sturgeon said this week.The deputy first minister said scrapping the cap the UK Government has imposed on how much the Scottish Government can offer to tenants would enable it to support everyone in Scotland who has seen their housing benefit cut.Cuts to housing benefit for people living in social housing with a spare bedroom was introduced in a bid to end what the UK Government calls the spare bedroom subsidy.

However, tenants, many of whom are unable to move to smaller accommodation because of lack of availability, soon dubbed the cut the bedroom tax.Charities have urged the Scottish Government to create a £50 million fund to mitigate the full impact of the cuts and ensure people could apply for their full rent shortfall in the form of discretionary housing payments (DHP).

In a letter to UK welfare minister Lord Freud, Sturgeon sets out that if the cap is repealed, the Scottish Government will be able to commit the extra funding in housing help for those who need it most – increasing the current DHP funds of £35m to £50m in 2014/15 and helping the 76,000 people in Scotland hit by the bedroom tax.

Sturgeon said: “We have already provided as much help as legally possible to those suffering from this unjust policy but we are unfairly restricted in what we can do. For example, despite Scotland having 20,000 more households affected by the bedroom tax than London, the DHP allocation for Scotland in 2014/15 is £35m less than London.”