24 October 2014
by Graham Martin
Read next
Miller: human rights must be at heart of reform
27 October 2014 by Robert Armour

There have been more than 11,000 submissions – and counting – to Lord Smith’s commission on further devolved powers for Scotland.

The number of people and organisations offering their visions for the country jumped by almost a half in just three days – and is expected to continue to skyrocket with a week to go before the official deadline for responses is met.

Lord Smith of Kelvin revealed the growing scale of public and civil society engagement at a discussion with leading lights in the third sector on Friday.

Whilst acknowledging that the overwhelming response showed how much people care and want to have a stake in the country’s future, he warned those present: “don’t overestimate what I can achieve”.

Instead, he urged those gathered at the Scottish Council for Voluntary Organisations (SCVO) hosted event that it was up to them to make sure any legislation enacted as a result of his commission represents their vision. 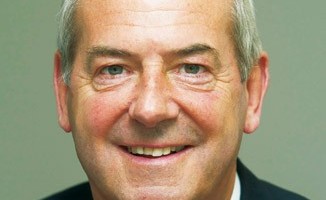 I cannot eradicate poverty. This is a limited brief, but it is not beyond your powers to influence the final legislation

He said: “I cannot eradicate poverty. This is a limited brief, but it is not beyond your powers to influence the final legislation.”

Lord Smith urged those gathered to “bombard” MPs and MSPs to make sure their voices are heard in the process.

He spoke after hearing the views and concerns of a range of third sector groups. Among the issues raised were not just what powers would be devolved to Holyrood, but the purpose of those powers.

While making calls for specific items to be devolved – for example, the Department of Work and Pensions governed Work Programme – third sector representative warned that this must be done in a “coherent way” so that there was agreement between the two legislatures on the parameters of powers in areas of joint interest.

Holyrood must not just be listened to but heard under the new settlement, Lord Smith was told.

Anomalies had to be addressed – such as Scotland having its own Climate Justice Fund while international development is reserved to Westminster – and questions were raised about Scotland’s position in Europe and internationally, given it is an increasingly powerful legislating body.

Issues of regulation in the energy industry were also raised as were issues of democracy, such as enshrining the right of 16 and 17 year olds to vote – something which happened for the first time in the recent independence referendum.

Lord Smith revealed this was something the heads of Scotland’s five main parties were in broad agreement.

He met earlier this week with representatives of the political parties and he must get agreement with them before the process can move forward.

Other issues raised included the assertion that cash levied from banks in the wake of the Libor scandal has been going to the third sector in England and Wales but not in Scotland.

Lottery funding was also raised but there seemed to be a consensus that this should be left alone as Scotland gets more from its current share of the UK pot than it would if the system was based on how much was actually raised in Scotland.

Other issues raised included aspects of transport policy and what to do about the benefits system, which is of particular concern to anti-poverty and disability charities.

The overwhelming response from those gathered – and which was echoed in Lord Smith’s own remarks – is that the ongoing negotiations are the starting point and not the end point in a process which must transform Scotland.

Major civil society groups have been calling for public participation in the Smith process to be deepened.

Last week the Scottish Trades Union Congress, Church of Scotland, National Union of Students and Electoral Reform Society Scotland all joined SCVO in calling for the commission’s report to be reviewed by a citizen led process before any final decision is made.

Bodies that haven’t yet submitted information to Lord Smith can do so at smith-commission.scot until 31 October.