Cancer charities devastated by decision to put cost before life

The decision not to license a drug for breast cancer that extends women’s lives by around 6 months because it's too expensive has been condemned by health charities.

Breakthrough Breast Cancer said that today's announcement from the Scottish Medicines Consortium’s (SMC) not to license the drug Kadcyla, the first ever targeted chemotherapy, is “devastating”.

Trials have shown that Kadcyla extends the life of terminal patients by an average 6 months. However it costs around £90,000 for a 14 month period.

Earlier this year it was announced that the drug would not be made available on the NHS in England because of its price. Campaigners had been hoping the SMC would make a different decision in Scotland. 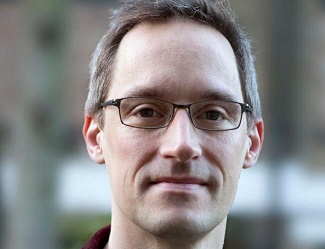 This is simply devastating news for women with secondary breast cancer, a cancer that will take their lives at some point, with many facing very limited treatment options.

James Jopling, Breakthrough Breast Cancer’s director for Scotland, said: “This is simply devastating news for women with secondary breast cancer, a cancer that will take their lives at some point, with many facing very limited treatment options.

“Kadcyla has been shown to be an extremely effective drug that is now out of reach for both the women that desperately need it and the oncologists that want to be able to provide it.

“Yet support for this drug has united the entire breast cancer community. Patients, families, carers, oncologists, and all four breast cancer charities in Scotland have called for this medicine to be approved.”

Over 1,800 members of the public have signed a petition calling for more medicines like Kadcyla to be made available in Scotland.

Nicolas White, head of Breast Cancer Care Scotland said: “Although a powerful case from these groups was put forward to support the use of Kadcyla, this decision means women with secondary breast cancer have been denied hope of the longer and more fulfilling life this drug can deliver.

“Currently the pharmaceutical industry develops new medicines that often can’t be accessed by the people they are meant for. This needs to be tackled head on so women with secondary breast cancer can have access to these medicines."

Lesley Stephen, 48, from Edinburgh, who is living with secondary breast cancer and would in future be treated with Kadcyla were it approved, said in response to this decision: “It has been hard enough to lose the future life that I had taken for granted, having been diagnosed with this particularly aggressive form of the disease, but knowing that I won't be able to receive a drug that could help to extend my life and also give me a good quality of life is doubly hard.

"I'd like to see someone explain this to my four children, and to all those other children out there who will now lose their mothers sooner than they should."