A Scottish Charity Award winner is celebrating once more after being awarded over half a million pounds to fund its latest project.

BCDT, which won the Celebrating Communities award at the 2015 Scottish Charity Awards, will use the cash to buy the 5.24 hectare Geilsland House and School Campus in the North Ayrshire town.

It plans to transform the site in a bid to boost the local economy by creating a number of business incubator units and training centre as well as providing accommodation.

Jane Lamont, development manager at BCDT, said: “Geilsland Campus is a beautiful and important community asset not only for Beith but also North Ayrshire. 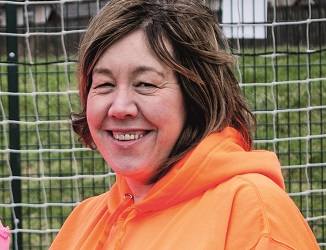 “To own it as a community is beyond what we once thought was possible.

“We are genuinely thrilled about the scope and opportunities that will now become a reality.

“It’s been an empowering process for the whole community.”

The Scottish Land Fund is an awards programme funded by the Scottish Government and delivered in partnership with by the Big Lottery Fund and Highlands and Islands Enterprise.

Its purpose is to help rural communities buy and manage local land and assets.

Six other community groups have also been awarded funding in the latest round of awards.

These include an award of £224,000 for Glengarry Community Woodlands, which will be used to bring 30 hectares of woodland in Inverness-shire into community ownership; to an award of £28,200 for Stratherrick and Foyers Community Trust to buy a patch of land within Lower Foyers to create a village green.

Scottish Land Fund Committee Chair, John Watt, said: “From a dynamic forestry buyout in Aberdeenshire to the creation of a valuable tourist attraction in Scourie, these awards will help to deliver social, environmental and economic benefits for generations to come.

“Each of today’s seven successful groups has worked hard to get to this point and I wish them all every success as they take forward their innovative plans.”

“I am looking forward to watching these communities thrive as they develop the land on which they live and work to realise their goals and ambitions.”

0 0
Karen McKay
about 6 years ago
Congratulations to Jane and the whole team. Really pleased to see this.