An Edinburgh mum concerned about her daughters has uncovered worrying levels of verbal and physical Islamophobic abuse in the city's schools.

More than half of Muslim pupils in Edinburgh have experienced Islamophobic abuse and a third have themselves been the victim of it, according to research carried out by Samena Dean.

Dean spoke to 100 pupils from primary 5 up to secondary 6 and found that pupils are not only experiencing Islamophobic abuse but the majority are choosing not to tell their teacher.

After her daughter came home complaining that she was experiencing Islamophobia at school, Dean visited youth groups around the city to speak to young Muslims.

She talked to them about what Islamophobia is and encouraged them to fill in her questionnaire. 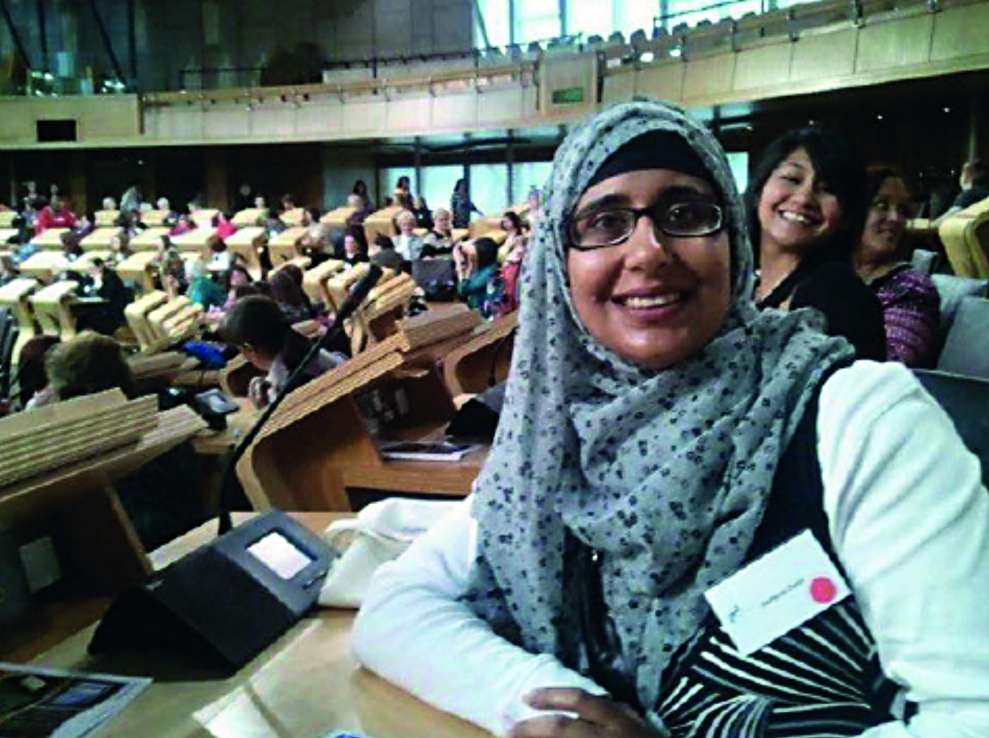 It was heartbreaking to listen to some of the testimonies, especially the stories of physical abuse

“No parent wants their child to experience the hatred of Islamophobia,” said Dean.

“But when my daughter started experiencing Islamophobia at school, this lead me to question how far spread this Islamophobia is for Muslim children in Edinburgh school.”

During the study Samena’s young daughter encountered her first physical and verbal incident of Islamophobia at her school.

“The psychological effect it had on her was devastating,” said Dean. “And difficult as a mum to bear.”

Two thirds of pupils who responded to Dean's survey said they would not tell a teacher if they experienced abuse, and of those who had already told a teacher about an incident of abuse only 43% had a positive outcome.

The report did find some positives, for example 57% of all children felt positive when their teachers talk about Islam generally. And some pupils also reported positive steps that teachers made following terrorist attacks, such as making sure Muslim children are OK and discussing the issues openly in class.

However, Dean now says she hopes her report leads to improvements in Edinburgh schools.

“When I first started this, I never expected the number of children who suffered from Islamophobia to be as high as this.

“It was heartbreaking to listen to some of the testimonies, especially the stories of physical abuse. I came across Muslim children wanting to change their identity, accepting the label of “terrorist”, and fearing carrying out their religious obligations in public.”

In their own words: children report Islamophobia

"Me and my friend get called names like terrorist, paki, bombers, ISIS, Allahu Akbar and once they pretended to throw bombs. They also built a wall."

"I have 13 separate incidents which are hate crimes, my school don't do anything about it."

"I got called a terrorist and people were asking me if I had a bomb under my hijab and if I was going to kill them."

"A girl got her hijab ripped off".

"People in my class punch me and say I am a terrorist, and have been aggressive to my friend and they punch him."

"Some teachers talked about what happened in Paris to raise awareness."

“The reporting by children of both Islamophobic harrassment, attitudes and bullying, highlights the gap between existing anti-Islamophobia policies and initiatives and the lived experience of children at schools.

“Dean’s report demands a response from institutions, be they individual schools, local authorities or unions, in checking the rise of Islamophobia and other forms of hatred in Edinburgh schools. With concentrated effort and action, the rising tide of hatred can be stemmed.”

Richard Haley, chair of Scotland Against Criminalising Communities, said: "You have only to open a newspaper to see that Islamophobia is a serious and growing problem in our society. Naturally, it doesn't stop at the school gates. Teachers are uniquely placed to tackle this issue amongst the young.

“I hope that Samena Dean's work will help to stimulate greater recognition of Islamophobia and greater empathy for those who suffer as a result of it."

A spokesman for the City of Edinburgh Council said: “The capital has long been a multi-cultural city and our black and ethnic minority population reflects that.

“It is something we value and part of what makes Edinburgh a great place to live, learn and work.”