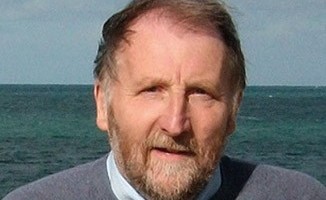 Community land ownership has been a huge success, increasing the value of rural areas threefold and boosting jobs and rural economies.

A new report from Community Land Scotland (CLS), has revealed that 12 rural communities that have bought their own land have seen it increase in value from £17.22 million to £59.34m in around a decade.

The report also reveals that community ownership has increased the turnover of estates, provided employment and in many areas boosted local populations.

CLS’s Economic Indicator Data report was compiled using data from two independent consultants who surveyed the 12 oldest community groups which are its members. It includes the Isles of Eigg and Gigha as well as the North Harris Trust and Stornoway Trust.

Annual turnover among the Community Land Ownership groups has increased from £1.72m to £6.11m since the buyouts. The groups boosted their local economies through staffing and local contracts to the tune of £2.5m last year compared with £475,000 when purchased.

Nine of the 12 areas have also seen their populations remaining steady or increasing over the last decade, at a time where rural Scotland has seen its overall population decline by around 7%.

“The study completely destroys a myth that communities can only survive by the supposed largesse of private landowners with deep pockets, and shows the further economic potential for rural communities if more community ownership can be delivered.”

The 12 participating groups own a combined total of 359,904 acres and excluding the Stornoway Trust, which is 90 years old, have an average age of 11.4 years.

To date they have invested £34m in projects in areas including renewable energy, housing, roads and broadband with a further £25m already planned.

The report has been backed by the minister for environment and climate change Paul Wheelhouse.

“This report shows the significant economic and social benefits that community ownership has to offer rural Scotland, including local employment, affordable housing, investment in infrastructure and reversing population decline in some of our most remote and fragile communities.”

However, Scottish Land and Estates, which represents those who own land and rural businesses, has criticised CLS for not acknowledging any benefits of privately owned land.

Sarah Jane Laing, director of policy and parliamentary affairs, said: “The report implies that the gains of private ownership only accrue to the private owner. This is not the case Scotland wide.”