Over 200,000 people reached by campaign with many demanding to know why everyone isn’t offered help.

Three people urgently need support coping with the emotional and financial impacts of cancer – you can only give support to one. Who would you choose?

This is the choice the Scottish public is being asked to make in a hard-hitting new campaign by Macmillan Cancer Support in Scotland.

Launched on the charity's Facebook page, the Vote For Support campaign has already reached almost 200,000 people, with many demanding to know why all three people aren’t getting help.

Up for your selection are a young mum, a middle-aged dad and an older man who all desperately need help after being diagnosed with cancer.

Mum Rosie is struggling to cope emotionally. Dad-of-two Tommy is back at work just weeks after chemotherapy and is exhausted but can’t afford to take time off. Pensioner Brian has no family and needs help looking after himself at home after being diagnosed with bowel cancer. 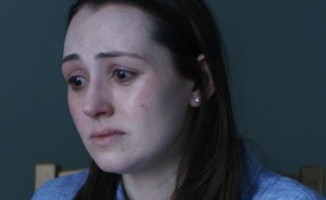 Thankfully the vote isn’t what it seems. The votes in the poll deciding who should receive help are fake.

The public are asked to watch video pleas from the three explaining why they need help. They are then asked to cast their vote for who they think should get support, even though it’s clear that all three desperately need it.

Thankfully the vote isn’t what it seems. The votes in the poll deciding who should receive help are fake.

Anyone who tries to vote is taken to a page that explains what the campaign is really about – for the public to email their Scottish Parliament election candidates and ask them, should they get into power after May 5, to ensure every cancer patient is offered a full assessment of all their needs and directed to the right support services.

The charity says that right now too many cancer patients are missing out on vital support because there is no system in place for their needs to be assessed or for them to be directed to the help they need.

Macmillan’s head of services in Scotland, Janice Preston, said: “Cancer can affect every aspect of someone’s life and bring problems from depression to debt.

“Since the campaign launched we have had a huge reaction from the public. Some people have been shocked that they’re being asked to choose who should get support because they very strongly believe everyone should get it.

“Thankfully most people have understood this is exactly what this campaign is about, and hundreds of people have already emailed their election candidates to demand change.”