A new survey has revealed that 69% of Scots have witnessed people being treated differently or unfairly because of a mental health problem.

See Me, the national programme to end mental health discrimination, has said this demonstrates that people still face unacceptably high levels of discrimination.

They have called on health and social care providers, schools and employers to take action to end mental health discrimination. 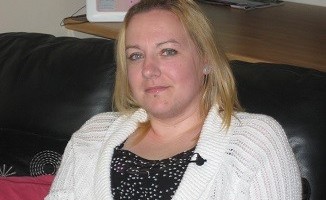 A&E staff were not nice with one nurse saying: "there are people here who are genuinely ill and we have to deal with people like you so just stay in your bed and be quiet"

However 90% of people would be comfortable talking to another person about that person's mental health and 94% would speak to a health professional about their own mental health.

See Me has said that when people do speak out, they need the help and support of those around them, including health professional, schools and employers, to give people the best chance of recovery.

Denise Welsh, 32, from Stirling, has experienced periods of self-harm and attempted to take her own life. She said: “I have had quite a few experiences of being treated unfairly, most of them being in health care.

“One sticks in my mind of an occasion I had to go to hospital because of a severe suicide attempt and self-harm. A&E staff were not nice with one nurse saying to me; ‘there are people here who are genuinely ill and we have to deal with people like you so just stay in your bed and be quiet’.

“I was later transferred to a ward and the doctor I saw said to me; ‘you’re an immature silly little girl you need to grow up and stop this. If it was up to me I would never ever give you tablets again’.

“This made me feel so small and so much worse. It stopped me from seeking help for a very long time.

“Stigma has had a huge impact on my life because I lived in fear of being judged if I said what I was really thinking. But now I want to stand tall and say I am proud of who I am, and I will fight to end stigma.”

Calum Irving, See Me director, said: “Many professionals do treat people with mental health problems well but sadly this is not always the case.

“The institutions that employ, educate and care for us must therefore be proactive in preventing discrimination and protecting rights.

“It is the right thing to do and can help people’s recovery. For public bodies in particular being proactive is a requirement of the Equality Act.”

0 0
claire
over 2 years ago
Stigma is caused by the fact you have NO human rights.