Public trust in charities has fallen

ComRes Polling of a representative sample of 2,071 UK adults, undertaken on behalf of the Charities Aid Foundation’s (CAF), shows 57% of the public now trust charities.

That figure is significantly lower than the results from a similar poll carried out by the Charity Commission last year which found 71% of the public trusted charities.

Despite the drop in trust there was good news for the sector from the poll.

The majority of the public think charities do such a good job that they should be exempt from UK government spending cuts, expected to be announced in the chancellor’s spending review due in November, with 60% of those polled saying charities which provide public services should have their funding protected. 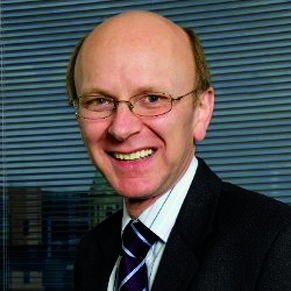 Amid controversy about fundraising, charities must act together to ensure they continue to earn and rebuild public trust

The public clearly think charities still have an important role to protect them from poor decisions made at Westminster, with 63% saying charities should speak out if they believe government policies will negatively affect people.

A representative sample of 150 MPs were also polled.

It was found MPs appear to hold charities in a higher regard than the public, with 73% saying they believed charities were trustworthy and act in the public interest.

The majority, 86% of MPs, also said that charities help create a more vibrant community life, while only 50% of UK adults said the same.

MPs did, however, disagree with the public over protecting charities from spending cuts. Only 45% agreed it should be.

Despite not favouring protecting charities income, 65% of Conservative MPs agreed it was important for government to expand the role of charities in the delivery of public services. By contrast, 16% of Labour MPs and 12% of the public thought that should be one of the government’s priorities.

CAF, which has analysed the poll findings to compile its Under the Microscope: Examining the future of charities in Britain, welcomed the results despite the evidence of a drop in trust.

Chief executive John Low said it was “humbling that charities command such support" from public and politicians but admitted public trust had to be rebuilt.

He added: “They [the public] strongly believe that charities need the freedom to stand up for people negatively affected by government policy and that, where charities help provide services, they must be properly funded.

“Amid controversy about fundraising, charities must act together to ensure they continue to earn and rebuild public trust. But at the same time, we need to protect their vital role in society. Charities have seen government funding to deliver public services cut, while at the same time demand for their support has increased.

“If charities bear the brunt of savings not only would it be bad for most people’s quality of life, but it would also damage the public purse, which benefits hugely from the work of volunteers and not-for-profit organisations.”