A Scottish international aid charity has launched its first ever mission in the Middle East in a bid to feed Syrian refugee children.

Mary’s Meals, based in Argyll, will provide food to around 1,000 children at a school in the town of Antelias, located 5km north of Beirut, Lebanon.

Around 70% of the pupils are Syrian refugees, while the remainder are either Lebanese or refugees from other Middle Eastern nations.

Magnus MacFarlane-Barrow, Mary’s Meals’ founder and chief executive of the charity, said the organisation had being investigating for months how to roll out its feeding programme in Lebanon after being moved by the plight of the refugees. 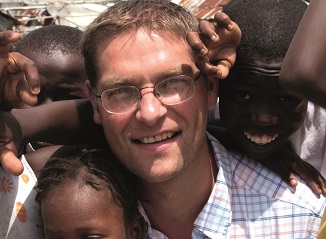 Every single Syrian child out of school represents a lifetime’s potential under threat, we are determined to do what we can

It is estimated 1.1 million have now crossed the border from Syria into Lebanon fleeing from the Syrian Civil War over the past five years.

“I’m sure we all feel deep compassion – perhaps even outrage – at the desperate plight of refugees forced to flee from war-torn Syria,” MacFarlane-Barrow said. “As always, it is innocent children who suffer the most.

“Amid the carnage of the conflict in Syria, Mary’s Meals and its generous supporters can provide a glimmer of hope by attracting Syrian refugee children back into the classroom with a nutritious daily meal – just as we do in other countries around the world, where the introduction of Mary’s Meals results in sharp increases in enrolment, attendance and academic performance.

“Every single Syrian child out of school represents a lifetime’s potential under threat, we are determined to do what we can – and we know our supporters will be determined too.

“Like all parents, those Syrian mothers and fathers who had to leave their homes want more than anything for their children to be fed and educated, so they can hope for a future beyond this current misery.”

It will become the 13th country Mary’s Meals, which launched in 2002 to feed 200 children in Malawi, is working in. The charity now feeds over one million school children every day across five continents.

In Lebanon, Mary’s Meals will be assisted by Dorcas, a Dutch relief organisation and has received financial assistance by People’s Postcode Lottery to help fund the project.

Initially, pupils at the school will be fed healthy wrap sandwiches filled with various ingredients to suit local tastes.

The programme will be monitored with improvements continually made, with a view to scaling it up to reach more children later in the year.

Syrian children receiving Mary’s Meals will be fed and educated alongside Lebanese children, thanks to a “double-shift school system” implemented by the government in Lebanon.

This means that local children attend lessons in the morning alongside Syrian children who have adapted well to the Lebanese curriculum, while other Syrian children are educated in the same classrooms during the afternoon.