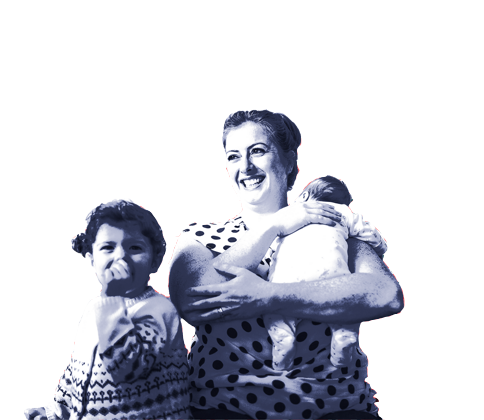 Many households have seen a drop in income and some fear being able to pay the rent, new research has shown

Households across Scotland have seen their income drop as a result of the coronavirus and many worry about paying the rent, new research has revealed.

A poll commissioned by the Joseph Rowntree Foundation has found almost a third of households (31%) across Scotland have reported a drop in incomes since March 2020. In the Highlands and Islands this rises to 44%

The study also showed almost half of renters who have experienced a drop in income since March are worried about their ability to pay rent (47%). Households that saw a decline in income were at the same time more likely to face extra costs than those whose incomes had stayed the same or increased.

The poll of 2,000 Scottish households by YouGov demonstrates the financial strain the economic impact of lockdown is putting on people in different housing tenures, and in different parts of the country.

In the private rented sector, almost half of tenants (45%) have seen a drop in their incomes since March 2020 and of those, seven in 10 (71%) have cut back on spending, and nearly six in 10 (58%) have had to borrow or use up savings, the highest proportion of any tenure.

Looking ahead, four in 10 (42%) private renters are worried about their ability to pay rent after lockdown is lifted. A quarter of private tenants have already fallen behind with a payment, most likely gas, electricity and other bills. Of those private tenants who didn’t approach their landlord or letting agent to agree a reduction in their rent or more time to pay, one in six (17%) wanted to do so, but did not think they would get a positive response.

In the social rented sector, one in three tenants (32%) have fallen behind with a payment, with tenants more likely to report falling behind with council tax and rent than other household bills.

Mortgage-holders were by far the least likely to have fallen behind, with only 5% reporting arrears. Almost one in four (24%) home-owners who have seen their incomes decline have applied for a mortgage payment holiday, compared to one in five (20%) private renters and one in nine (11%) social renters who have asked for reductions in their rent, or more time to pay.

Households in the Highlands and Islands were more likely to have seen their incomes reduce as a result of the lockdown, with more than four in 10 (44%) households affected. In Glasgow and the Lothians, around one in three (32% and 35%) households are affected, slightly higher than the national average (31%).

Nearly a quarter of all those facing increased costs say they are struggling to cover them (23%). The most commonly reported extra costs for all respondents were food (42%) and gas and electricity (30%).

JRF is urging both the UK and Scottish Governments to act quickly to put protections in place for private tenants to prevent arrears building up and avoid a potential spike in evictions and homelessness in the autumn.

The foundation is calling for the UK Government to re-set rates of Local Housing Allowance, which supports rental costs in the private sector, so that they cover median rents, for at least 12 months. Recommendations for the Scottish Government include extending legal protection for tenants beyond September; ensuring no evictions can be made into homelessness; the development of a strong pre-action protocol that sees tenants and landlords supported to agree payment and re-payment plans that are genuinely affordable; and more support for those facing unavoidable arrears they cannot afford.

Jim McCormick, associate director in Scotland at JRF, said: “In Scotland we believe in looking out for one another. But these new findings show that some of us are being hit much harder than others by the economic impact of the lockdown, and that not everyone has access to the kind of lifeline we all need to keep us afloat in tough times.

“Already we are seeing an unsustainable pattern of borrowing, using up savings and falling behind with bills. As the furlough scheme draws to a close, there is a real risk that more people will be pulled into poverty, hardship and even homelessness, if they are no longer able to meet their housing costs.

“As a compassionate society, we can change this. Stronger protections for private tenants in Scotland, and a strengthened UK social security system, would hold people steady as they are buffeted by higher costs and reduced incomes.”