Scots teen wins trip to San Francisco thanks to charity

A Scots teenager has won the trip of a lifetime thanks to a partnership between a Scottish charity and a new social gifting platform.

Alex Robb (16) from Banchory in Aberdeenshire can’t believe his luck as he prepares to jet off to San Francisco to attend one of the world’s most prestigious technology festivals, Developer Week.

He won the money can’t buy prize thanks to a partnership between Young Scot and Wisher. 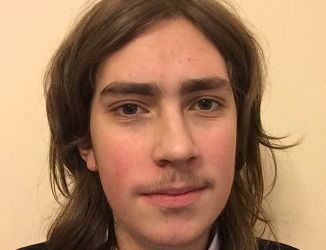 Attending would be an incredible opportunity to learn, meet others with the same interests, build my confidence and develop team work skills

Wisher, which operates a cutting edge iOS and Android mobile app, enables people’s wishes to be granted around the world.

The partnership with Young Scot aims to support young people in Scotland to do something incredible as part of a life changing experience.

To win, Alex had to catch the judges eyes by explaining his motivations for making the wish and demonstrating why it will make a positive impact.

He said: “As a computing science student and keen developer, this event is amazing.

“It’s a gathering of some of the world’s top technology leaders where people can learn, share and create!

“Attending would be an incredible opportunity to learn, meet others with the same interests, build my confidence and develop team work skills – as well as amplifying my interest in developing.”

Over 1,000 people are set to attend the Developer Week which will showcase exhibitions from international technology companies, and expert judges and mentors will run a hackathon to create new products such as web or mobile apps, wearable solutions, data visualizations and algorithms.

Louise Macdonald, chief executive of Young Scot, said: “Young people in Scotland reach for the stars every day. It’s incredibly inspiring to hear the wishes of young Scot’s like Alex.

“He had a dream to learn from the world’s top tech developers and we’re proud to play a part in making that happen.

“We can’t wait to hear about Alex’s time at the festival and look forward to getting his top tips when he gets back.”

Maz Cohen, founder and chief executive of Wisher, said: "We are super excited for Alex to go on this mega trip to San Francisco.

“I’m sure it will have an incredibly positive impact on his life which he can in turn give forward again in his life.”