The majority of Scots trust charities to do a good job despite levels of trust in the sector falling in the rest of the UK.

A Scottish Council for Voluntary Organisations (SCVO) survey found that four out of five people in Scotland trust charities and believe they act in the public interest.

In England and Wales, a smiliar study carried out by the Charities Aid Foundation in 2015, found less than six in 10 of those south of the border had the same faith.

More than 1,000 people in Scotland were surveyed by Ipsos Mori on behalf of charity umbrella body SCVO. 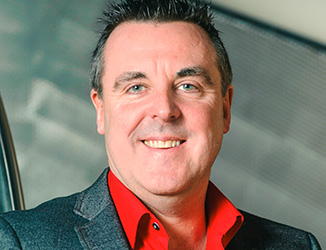 It found that contrary to similar research carried out in the rest of the UK, which has recorded trust in charities falling over the last year, Scots have more faith in the sector.

Despite, overall high trust levels, nearly a third of Scots, did however say, that they trust charities slightly less than they did last year.

Around 40% of people said they have lost confidence in charities because of negative media stories, with only 15% claiming a personal experience led to a drop in trust in charities.

The research also found that Scots are more generous towards charities than people south of the border.

Nine out of 10 people said they have personally supported a charity in some way over the past year, whether it be through donating money or goods, or giving their time as volunteers and supporters. This compares to eight out of 10 for the UK overall.

It is this personal connection along with more positive media coverage in Scotland that has resulted in trust being higher north of the border according to the SCVO report.

John Downie, director of public affairs at SCVO, said the report is good news for the sector in Scotland as it is clear that it has not been hit by the sharp drop in trust and confidence in charities reported in the rest of the UK following incidents such as the death of 92-year-old poppy seller Olive Cooke and the unsavoury demise of Kids Company.

“Everything charities do hinges on public trust, so it’s really encouraging to see that people in Scotland trust charities and continue to support them by donating money, sponsoring people, volunteering and getting involved in lots of other ways,” he said.

“Right across the board, we’re seeing that people in Scotland are more closely connected to charities and are more likely to give their time and money to them than people in other parts of the UK.”

The survey also found that levels of trust in fundraising in Scotland remains high with 73% of people agreeing that they feel confident donating to charity.

Donating to charity was by far the most popular way people contributed to charities last year.

Morag Fleming, chair of the Institute of Fundraising Scotland, welcomed the findings: “We are delighted that public trust of charities, and in particular, fundraising, continues to be high in Scotland," she said.

“Throughout the country, we have charities providing vital services that so many people are dependent on. This would not be possible without the hard work of fundraisers, whose belief and passion for our causes is second to none, and the generosity of the Scottish people.”

Attending or taking part in a charity-run social event was the most popular way people had accessed a charity.

52% said they had been to an event such as a charity walk, concert or dance. Using a local community centre or village hall was the next most popular activity followed by attending a religious building or event based there.

Charities cannot rest on their laurels however says the SCVO. The disocvery that nearly a third of Scots are losing faith, even marginally, can't be ignored.

Last year, the Kiltwalk underwent a major overhaul of its governance and management following a number of negative media stories about how efficiently it was being run.

Its existing chief executive Paul Cooney told TFN: “Good strong transparent governance and management is crucial for all charities and is critical in maintaining public confidence.

"At the Kiltwalk we’ve working hard to achieve that. Our model is simple: 100% of the money people donate goes to the children’s charity or local cause of their choice, helping ensure a brighter future for vulnerable young Scots.”