Scotland’s young people are facing mental health problems of epidemic proportions because they don’t know where to go for help and aren’t taken seriously enough when they do.

The Scottish Youth Parliament (SYP) says three quarters of young people are unaware of what support is available in their area and some of those who reach out are told they are just going through a phase.

The parliament is calling for a review of child and adolescent mental health services (CAMHS) in Scotland, insisting the Scottish Government has to increase its focus on supporting 16 to 26 year old who are particularly struggling.

It compiled one of the largest studies on young people's experiences and awareness of mental health information and services as part of its Our generation’s epidemic report with researchers speaking to 1,483 young people aged 12 to 25.

They found a fifth of young people did not know where to go for advice and support, and respondents consistently highlighted poor access to treatment or treatment that didn’t focus on their needs as an individual. 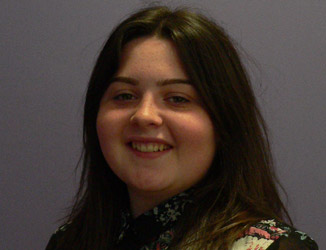 Many young people are being told that their mental health problems are a phase that they will grow out of, and just generally not being taken seriously

Worryingly, a lack of confidentiality and not being taken seriously due to their age were also cited as barriers to getting help with many saying they fear being judged and are too embarrassed to talk openly about issues they are having.

“The state of young people’s mental health in Scotland is at a crisis level,” Terri Smith MSYP, chair of the SYP, said.

“At the moment we are failing our young people, and those experiencing mental health problems are being made to wait months and sometimes years for help.

“Many young people are being told that their mental health problems are a phase that they will grow out of, and just generally not being taken seriously.

“During the Scottish Parliament election campaign, most parties declared that mental health would be a priority on their agenda. We want to ensure that tackling this epidemic continues to be a priority, and that young people’s voices contribute to the solutions.”

As well as a government review, the SYP is calling for mental health funding to be ring-fenced for young person specific services.

It demands young people are listened to when it comes to CAMHS, suggesting NHS Education Scotland should work with young people to create a booklet or online resource about young people’s rights when accessing mental health.

SYP is also calling for more mental health support to be available in schools, colleges and universities inlcuding the provision of a minimum standard of counselling and automatic directing of young people to already existing resources.

Children and young people’s commissioner for Scotland Tam Baillie said he shared the SYP’s belief that Scotland’s young people are being let down by a culture and system which fails to meet their mental health needs and called on the recommendations to be implemented.

“This report represents one of the largest surveys undertaken in Scotland that focuses on young people’s mental health,” he said. “Its recommendations should therefore be seriously considered by decision makers.

“It provides a route map for a series of steps the Scottish Government, local authorities, and the NHS can take to tackle the anomalies that are failing this generation, and ensure that all young people in Scotland have access to high quality mental health information, education, support and services.

"The time for rhetoric is over. Our young people have spoken, and their views have been captured in this report."

Pressure has long been building on the Scottish Government to prioritise CAMHS.

Earlier this year the Scottish Children’s Services Coalition (SCSC) highlighted claims that one in 10 children and young people has a clinically diagnosable mental health problem but 75% don’t get access to treatment.

At the time the SCSC blasted the fact that just 0.46% of the NHS Scotland budget is currently spent on CAMHS when eight out of 13 health boards were failing to meet their 18 week target for referrals for initial assessment appointments.

A spokesperson for the coalition said: “If we are to achieve real change, it is vital that prevention and early intervention measures for children and young people are adequately invested in.

“This will help prevent the development of mental health problems, reducing the inevitable impact in terms of educational achievements, employment and relationships.”

0 0
Ann Burnett
about 6 years ago
Hi I have recently retired as the DHT of a large ASL teaching service and would confirm what is written above. So often we were told that a c/yp had social problems and not a mental health issue. In my book there is not a hell of a difference. Very often this meant the more middle class c/yp was seen quicker and more often as this was a criteria that did not seem to apply here. In addition I often felt that if a c/yp was seen at an earlier stage then it would mitigate against any future emergency interventions. In addition I think the working practices of CAMHS need to be looked at. I observed in some cases more time was spent talking about the C/YP rather than direct support. I realise this sort of discussion is important but discussion/meeting need need to be more focussed, time-limited and with next steps planned. Finally in some areas CAMHS services are located within a central location more work needs to be done in the c/yp's locality and support given to those who saw the c/yp on a regular basis e.g. families, teachers, schools, social workers etc. I hope this does not come across as a bit of a rant but I am concerned that more money could be thrown at a service that really needs to robustly evaluate their working systems at present. There is also room to work more efficiently. Regards Ann Burnett PS I should also add that in my work I came across examples of very good practice that fulfilled the criteria in my statement above.