Additional powers for Holyrood should be devolved as soon as possible in order minimise the impact of draconian welfare cuts.

Speaking ahead of the launch of draft legislation on more powers for Scotland on Thursday this week, the Scottish Council for Voluntary Organisations (SCVO) said that more powers should come to Scotland immediately to enable Holyrood to better tackle poverty and inequality.

SCVO said that it is concerned that under the current timeline, new powers over disability benefits and support for unemployed people, for example, will not come to Scotland for at least two years.

John Downie, director of public affairs at SCVO, said: “We see no practical reason to delay the introduction of the most meaningful aspects of enhanced devolution, such as support for unemployed people through the Work Programme and the Personal Independence Payment (PIP) scheme. 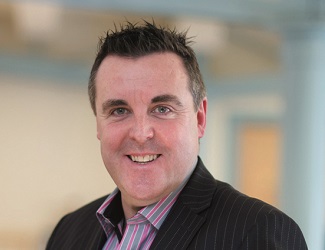 “Delaying the transfer of powers from Westminster to Scotland, enables the UK Government to plough ahead with its ruthless welfare reform agenda. This is not an acceptable approach.

“While we want to see full scrutiny of all of the Smith Commission package, SCVO believes the best possible outcome for disadvantaged Scots is for swift progress to be made in key areas.”

The UK Government is set to introduce draft legislation based on the recommendations of the Smith Commission into more powers for Scotland on Thursday.

The legislation will be the UK Government’s realisation of the vow made by the main political parties in the final days of the Scottish referendum campaign last year.

Other voluntary bodies backed SCVO's call for the process to move quickly.

Penny Brodie, chief executive of disability support and education charity Lead Scotland, said: "Welfare reforms already have disabled people experiencing fear over the potential loss of benefit. The testing that is being enforced more often than not results in ridiculous judgements that, when appealed, are overturned. However, in the meantime people's lives are made a complete and utter misery, with increased worry and stress exacerbating their health problems or their disability.

"This is totally untenable and provides an extremely strong argument for a speedier delivery of enhanced powers to Scotland."

The new legislation is expected to include the power to set income tax rates and bands, a share of VAT assigned to Holyrood and Air Passenger Duty fully devolved.

A range of other benefits that support older people, carers, disabled people and those who are ill were also included in the Smith Commission recommendations as was the power to create new benefits in devolved areas and make discretionary payments in any area of welfare.

Ian Welsh, chief executive of the Health and Social Care Alliance Scotland(the Alliance), added: “It is crucially important that package of welfare powers proposed by the Smith Commission are delivered in a way which minimises complication for people who use support and services in what is already a very complex process. It is for this reason that the we have added our voices to those of over 50 civic organisations across the country to call for the suspension of the roll out of Universal-Credit in Scotland, until the process of legislating for new powers for the Scottish Parliament is complete.

"Our engagement with our members throughout the Smith Commission process highlighted a desire for powers with a purpose which have the potential to make real change in people’s lives, rather than simply devolving responsibility for administering policies that are still set at Westminster (as is the case in Northern Ireland in relation to welfare).

"Even in the very short term, however, the Alliance believes that the potential devolution of powers over Disability Living Allowance (DLA) and PIP (and the proposed power to create new benefits) creates an opportunity for a thorough examination of DLA/PIP ; looking at its purpose, the way it is used in practice, how it is accessed, how it interacts with the health and social care systems and other benefits and the levels at which it is paid to different claimants. The ALLIANCE is currently examining how to create the context for a constructive debate about how DLA/PIP does, and may, operate“

The main support job support programme for unemployed people will also be devolved.

Legislation to allow 16 and 17-year-olds to vote in Scottish elections has already been agreed and the power is expected to be transferred by March 2015, ensuring 16 and 17 year olds can vote in the 2016 Scottish Parliament election.

However, other powers are expected to be transferred bit by bit over the next few years.