2014 was the hottest year on record for Scotland and for the planet as a whole. When combined with knowledge that eight of the ten warmest years ever in Scotland have occurred since 2000, a warming trend is clearly identifiable.

Although slight increases may be imperceptible on a day-to-day basis, scientists are agreed that these long-term changes will bring more floods, droughts and extreme weather. In the developing world this variation will wreak even greater havoc, endangering the lives and livelihoods of millions.

December 2015 provides the best opportunity in many years to agree an international deal on how we limit dangerous climate change. The United Nations meeting in Paris is expected to agree a plan to reduce carbon emissions and put in place structures to help countries adapt to a changing climate.

The fine print is still has to be thrashed out with major differences over financing of this adaptation work, a fair distribution of emissions cuts and compensation for those impacts that cannot be prevented.

The Paris negotiations, while extremely important, will not provide a single, simple solution to climate change. Governments, business, communities and individuals must act to reduce emissions. 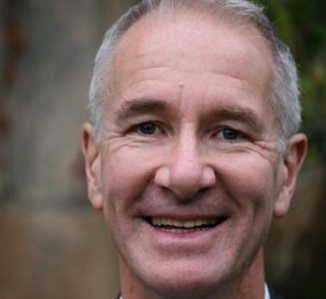 Over the next few months we will be asking people to think about how the things they love will be affected by a changing climate. Whether you are passionate about seabirds, the quality of your coffee or simply the local park, things we all care about are under threat

Over the next few months we will be asking people to think about how the things they love will be affected by a changing climate. Whether you are passionate about seabirds, the quality of your coffee or simply the local park, things we all care about are under threat.

Valentine’s weekend will see events across Scotland as people connect with others in their local area to show how climate change will impact on their lives. It’s an opportunity to get people thinking about the issues that affect them, and to stand up and demand action in the name of the things they love.

Connecting with the global climate movement, we will be scaling up our activities with more national and international activities planned throughout the summer and in the run up to Paris. We need a broad movement of people, business and civil society to demand political leaders at all levels take action.

Scotland has already committed to ambitious climate action. The Scottish Climate Change Act, supported by every political party in the Scottish Parliament, set ambitious emissions reduction targets for our nation that has historically benefited from exploiting oil and gas. The legislation was secured as a result of concerted pressure from across society and a realisation of the benefits we could reap by leading with early action. During 2015, we will work to share this positive example to help inspire other countries to commit to similarly ambitious action.

A global deal to tackle climate change could provide the foundation for creating a cleaner, greener, better future. This must be complemented by action at the national, local and individual levels to reduce emissions and address climate injustices across the world. For the sake of all of the things we care about we need to see a growing, collective movement which secures real change for a low carbon future.

Join us, and the global climate movement, to make 2015 the year of climate action.

Tom Ballantine is the chair of Stop Climate Chaos Scotland.