A home with a heart

This opinion piece is 8 months old 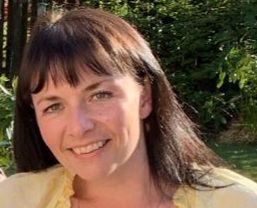 Many of us remember being nervous when starting high school or leaving home for uni, but can you imagine being 16 years old and alone, with nowhere to call home?

That’s when Ypeople’s Glasgow team steps in and opens the door to safe and supported accommodation.

The average age of residents at Ypeople’s flats in Maryhill is 16, and although they all need somewhere to live, their circumstances vary. Some have care experience, some have lost family connections, some have arrived in the UK as ‘young unaccompanied minors’ and some have even been trafficked. Others have grown up in tough circumstances - but no matter what happened in the past, Ypeople is ready to support the residents and walk with them to brighter futures.

Having worked for other charities - and public organisations including the police and NHS - I thought I understood a lot of social issues. However, when I arrived at the Ypeople accommodation, I felt unsure of myself. What would the building be like inside? How would the staff and young people be? Would they want to speak to me?

As soon as the door opened, though, these feelings disappeared. Strangely, it felt like I’d been there before.

The lounge area we chatted in (which hosts movie nights on Saturdays) felt like being in a family member’s living room. Next door was an activity room where I met young residents working on an art project to make their flats feel like home. Two of them were non-English speakers but, when I introduced myself, one young man’s eyes lit up and he said simply: “Ypeople? I LOVE Ypeople!” Those few words spoke volumes.

I moved on to a tour of the rest of the building and the gardens with the service manager, who explained how residents each have a flat in which they live and look after. Some young people have few life skills when they arrive, so the first task is making up a new bed. Small steps like this go a long way in helping people become more independent. Staff tailor their support to each individual over the months that follow.

This could include accessing college classes and group activities, or learning how to take care of themselves at home and in the community. But the most significant thing that shines through is how the team deal with the emotional side of young people’s care, providing a trusted and friendly shoulder to lean on.

One support worker recalled a young man who felt no one in the world cared about him. Any attempts to engage with him were met with hostility, until one day he passed her a note saying she was the only person he could trust. For her, that was an emotional breakthrough.

As I got ready to leave, I asked the team if it’s hard to say goodbye to the young people as they move on to homes of their own.

She replied: “We miss them, but they stay in touch. They phone us with their latest news and ask who’s in the building when they call. It’s like being on the phone to family…for us and for them.

“We’re privileged to work with the young people - and we’re so proud of them. Seeing them content and confident enough to move on with their lives is all we ever want.”

Ypeople is a charity rooted in the hearts of communities across Scotland, which supports an average of 4,100 people each year to make positive changes in their lives. The charity provides tailored support to help people of all ages who are at risk of homelessness, and helps them to move forward with their lives.