By Glasgow Central Station I sat down and wept: reflections for LGBT History Month 2022 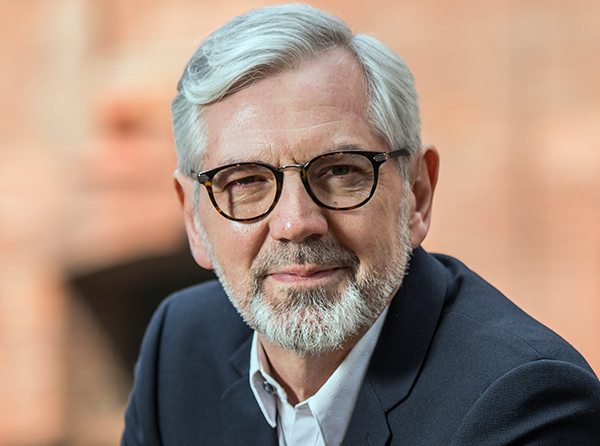 Lewis Shand Smith on breaking down barriers and finding self-acceptance

For once I was grateful for the Glasgow rain because it hid my public tears.

It was Thursday, 8 June 2017, a friend – thank you Dean – called to tell me that the General Synod of the Scottish Episcopal Church had overwhelmingly voted in favour of same sex marriages taking place in its churches with its clergy officiating.

And I cried. My tears caught me by surprise. I had celebrated with friends in the House of Lords Terrace Bar as it passed the equal marriage bill. Champagne, not tears, that night as a choir of evangelical Christians for equal marriage sang “Shine Jesus Shine” in Parliament Square.

So, what was different this time?

Growing up in Shetland I was the kind of kid who played the piano rather than football, loved his granny, sang in the church choir. I was bullied for being a cissy or being “soft”.

The church, dedicated to that butch Viking Saint Magnus, was a place of safety. The clergy I remember were kind men, not the sort to preach any kind of condemnation, but the underlying message of the church was that sex outside marriage is a sin and that loving another person of the same sex is an even greater sin.

As I became more self-aware, I realised that my attraction was to my own sex. It was an option I rejected when I fell in love and got married.

My vocation to the priesthood of the Scottish Episcopal Church was recognised, and at the age of 22 I started my training at theological college and Edinburgh University.

In the hippy ‘70s, group dynamics and group therapy were popular and were used as part of our formation. Within months I was out of the closet, they all knew I was gay, but also married and, as a Christian, expected to be faithful.

Other gay students were required to be celibate. Gay priests were asked to keep celibate and keep silent. If they were known to be gay there was no chance of appointment within the Anglican Communion.

I do remember, however, Archbishop Donald Coggan saying that the Church of England could not survive without the service of its gay priests. The concept was one of toleration within defined boundaries. Toleration is dangerous, the antithesis of equality and acceptance.

I suppose we gay priests could have been grateful for the little we had - ordained ministry was unthinkable for a woman.

I spent nearly 30 years in parish ministry. Preaching what I believed to be, and still do believe, the fundamental truth proclaimed by Jesus that God is love, that we are loved unconditionally and in response to that we are asked to love in the same unconditional way.

Sadly, there was something in me that just couldn’t accept that it applied to me. I really believed it as I preached it, but I had given my life to an institution that didn’t recognise the legitimacy of who I am by nature.

That was brought home to me when I was a candidate for election to one of the Scottish bishoprics. I seemed to be favourite to win when, so I’m told, one of the clergy who had been a student with me asked them if they knew I was gay. I was not elected.

I was devastated by the rejection. I felt it was a denial of my vocation to service made, not on the grounds of my capability or suitability or personality, but because of my very nature, the “me-ness of me”.

I continued in ministry but my hurt remained and the wound was deepened by the intensification of the debate within the Anglican Communion on gay relationships and gay clergy. Where in that debate is the love and inclusiveness demonstrated by Jesus of Nazareth, the one we claim to follow?

The battle for equality within the church still rages, with opposition seemingly funded by right wing 'Christian' extremists. Yet within that there are beacons of hope and for that I am proud of my little Scottish Episcopal Church.

On Thursday, 8 June 2017, they declared that faithful, loving, same-sex relationships are to be welcomed, celebrated, and blessed by the church.

At last, the institution to which I had offered my life had acknowledged the validity of the nature of those of us who are LGBTQ+. For me the final barrier to self-acceptance came down and, walking in the rain to Glasgow Central Station, I wept.

Lewis Shand Smith has been convener of the Board of LGBT Youth Scotland, the national charity supporting LGBTI young people in Scotland, since November 2019. Lewis is a Shetlander, who after university and training returned as rector of the Episcopal Churches. A former convener of Shetland Islands Council, he changed career when appointed deputy ombud in Scotland.

After that he spent 10 years as the UK energy, telecoms and property ombud. Since then he’s been working in a number of sectors, all with a remit to improve standards and protection for consumers and citizens.