Charities may face damages claims going back to the 1960s

Now that the time bar for abuse claims has beenabolished charities working with children must review their policies and procedures, warns Ben Doherty, partner at Lindsays

A law passed by Scottish Parliament In October 2017 has major implications for any organisation which works with children – from national charities down to local sports clubs.

If you do work with children, you will certainly have to review your record-keeping procedures for complaints about abuse (physical, sexual or emotional). You may also have to revisit your data protection arrangements.

A key point is that the new law will operate retrospectively - applying to events that took place as long ago as 1964.

Previously, there was a three-year time limit for bringing civil court claims for personal injuries.

The new law abolishes this three-year time bar for claims that relate to childhood abuse. Claims are now possible years or even decades after the alleged abuse. 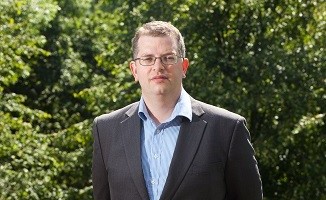 Organisations may be liable for abuse carried out by volunteers or trustees, as well as employees

The scope of the act is broad - it covers sexual, physical and emotional abuse, and omissions as well as acts. Organisations may be liable for abuse carried out by volunteers or trustees, as well as employees.

How the wording of the bill is interpreted and applied will be down to the courts. But already there are uncertainties about how much information organisations should gather, record and retain.

Some advice advocates a blanket approach. For example, some organisations are being advised to gather documentation about all historic claims and complaints involving anyone under the age of 18, just in case they face retrospective claims. They’re also being told to retain large amounts of data indefinitely.

Yet such a response is simply not feasible for many organisations – especially those run by volunteers, and with no central HR, legal or admin resource.

Many local groups or clubs won’t have access to information from years gone by – certainly not from 1964. And they won’t want burdens and fears around record-keeping duties to deter future volunteers, coaches or committee members.

In addition, clubs or charities that do start keeping comprehensive records about complaints and follow-up may find themselves on the wrong side of data protection law, particularly when the General Data Protection Regulation takes effect in May 2018.

Some of the information they will keep will be personal and sensitive, and they’ll need to follow data security principles in retaining it - principles many are unfamiliar with at present.

In practice, we believe a balanced and common sense approach will be required. Certainly – even more than ever - charities, clubs and other organisations who work with children will need clear policies on child protection and procedures for dealing with incidents and complaints; they’ll need to carry out PVG checks rigorously; and they'll need to properly investigate, deal with and record any complaint they receive – either verbal or written.

Beyond that, it’s impossible to set hard and fast rules because this is an area where one size doesn’t fit all. The breadth of organisations and individuals that work with children means case-by-case approaches and common sense will always be required.

So, charities certainly shouldn’t go into panic mode about this legislation. But they do need to take it seriously, in particularly reviewing the way they record any complaints involving children.

Ben Doherty is a partner at Lindsays.

TFN magazine's July edition is out now - read it all here!
NEWS
18 Jul 2022
18 Jul 2022
TFN magazine's May edition is out now - and you can read it all here!
NEWS
16 May 2022
16 May 2022
A world to win: civil society fights back globally against war, poverty and disease
NEWS
1 Jul 2022
1 Jul 2022
Latest news
Planning Aid Scotland announce appointment of new chief executive
NEWS
12 Aug 2022
12 Aug 2022
Popular posts
Cross-sector campaign launched to tackle cost of living crisis “Bulls**t”: Charity chief executive walks out of drug deaths meeting with Holyrood civil servants Leading charity chief to step down after 10 years at helmShamima Begum is a brainwashed child - and should be allowed to return Time to embrace neurodiversity