The Citizens Advice Bureau in West Lothian is based in a modern building in north Livingston, which it shares with the town’s library community groups. Set in the middle of a council estate, it has a neat little row of steps running up to a brightly painted entrance. And recently it played host to a visit by the chief economist of the Bank of England.

A word about how this came about. In June that same chief economist, Andy Haldane – who is also a member of the bank’s monetary policy committee – gave a speech at Tedx talks in Glasgow in which he said he wanted to get out of his office in London more often to touch base with the real life experience of the people his decisions impact. In the audience were members of our comms team on an away-day. They came back to our office and helped me pen a newspaper opinion column in which I issued an invitation to Mr Haldane to come and see a day in the life of a typical Scottish CAB. He accepted. 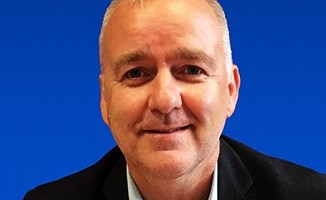 To be honest we could have chosen any of the 60 CABs in Scotland as the venue for this visit. The West Lothian CAB is certainly typical of our network in terms of the dedication and skills of the staff and volunteers who work there, but also of the type of clients who come through the door every day. We wanted Mr Haldane to see all of this, but in particular we wanted him to see up close the real-life version of one particular client group on whom his decisions impact most closely: those in debt.

Debt has long been the second highest advice area for the Scottish CAB network (after social security), and we have therefore built up a core expertise in this area. I think it is fair to say that the CAB is the ‘go to’ agency for people in debt.
The most important work we do of course is offering that expert help and advice to individuals who need it.

Because the reality of debt, for those caught in it, is quite simply devastating. One of the people who agreed to talk to Mr Haldane in Livingston CAB on Friday is going through a debt crisis right now, and her story was hard to hear – though of course achingly familiar to our advisers who hear from such clients every day.

The fear of the phone call or knock on the door from your creditors; the shame of being unable to buy things for your children; the sleepless nights of worry - despite the tiredness you feel from working overtime to try and clear a few more pounds of the debt; the feeling of being trapped, unable to see a way out; the guilt when you buy something that’s not from a bargain bin, because why should you and your family have something nice when you ought to be clearing your debt?; the sense of futility when you use one credit card to pay off another; the stress, and mental anguish that can lead to physical symptoms as well.

One of the people who agreed to talk to Mr Haldane in Livingston CAB on Friday is going through a debt crisis right now, and her story was hard to hear – though of course achingly familiar to our advisers who hear from such clients every day.

This was what we wanted to convey, to influence the economic policy environment in ways that can make life easier for those in financial trouble.

We had a couple of specific asks which we think Mr Haldane and his team have taken on board. For example, there is the way that debt is measured in national policymaking. We feel the government should collect and report annually on the level of debt to essential service providers - in a similar way to the Bank of England's monthly statistics on consumer and mortgage lending.

All in all, the bank’s visit to Livingston was an important example of how service users, service deliverers and policymakers can engage in a way that facilitates better understanding and better solutions. For people going through the hell of debt, this one event won’t change anything today. But if it helps make sure the voice of that person is heard in the room the next time a decision is made on interest rates, then as far as I’m concerned, job done.

So I thank Mr Haldane for accepting our invitation and listening to the voice of people who don’t always get to be heard. This is how policymakers and the third sector should engage I look forward to continuing our dialogue.