How we will create a fairer Scotland

We want Scotland to be an open, welcoming and inclusive country and will continue to prioritise tackling inequality.

The draft budget currently being considered by the parliament would see a 12% increase to the budget devoted to equalities, taking it to over £22 million in 2018-19.

This commitment is a clear demonstration of how seriously we take the progression of human rights, work to prevent violence against women and girls, and to strengthen community engagement.

I want government to take a lead role in this, but it is clear that in order to advance equality, it is vital to empower groups experiencing discrimination and disadvantage and raise their voices to be heard.

Through legislation we are taking forward the gender balance on public boards bill which will mean our work places better reflect society and increase the visibility of female role models. 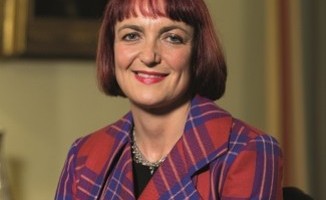 The first minister’s Advisory Council on Women and Girls will look at why the gender imbalance still persists and, importantly, will look at the far reaching impact it has for all of us.

A significant proportion of the equality budget supports frontline services to tackle violence against women and girls and this is being maintained.

Our Equally Safe strategy to prevent and eradicate violence against women and girls is expanding, backed by more than £1 million of additional funding.

We’ve acknowledged the challenges that annual funding cycles can present in planning services and moved to confirming multi-year funding for third sector organisations in equality and Violence Against Women and Girls (VAWG) and I hope that those working on the frontline are already feeling the benefits of this.

A Fairer Scotland for Disabled People sets out five ambitions for Scotland to aid independent living, safeguard decent incomes and protect the rights of disabled people.

Last year we published the first British Sign Language (BSL) national plan anywhere in the UK to ensure deaf and deafblind BSL users are fully involved in all aspects of daily and public life, from early years and education to culture and transportation.

I am a firm believer that we all suffer when specific groups are discriminated against and held back from realising their full potential.

Scotland is internationally recognised for our progressive approach in so many areas with the recent launch of a new refugee integration strategy and a consultation on how we tackle social isolation and loneliness.

The UNHCR highly commended the leadership in our recent refugee integration plan, describing it as “an excellent example of how to effectively integrate some of the world’s most vulnerable and allow them to give back to the society that has so warmly welcomed them.”

In spite of this, the breadth of work being done to address the inequalities some people face clearly shows that we need to do better.

A fairer and more equal Scotland will be a more prosperous country because we will have removed the barriers preventing so many talented and motivated people from contributing to our communities.