If the government won’t take ME seriously who will?

What happens to patients’ rights when there is no accountability in the system?

Myalgic encephalomyelitis (ME) is categorised by the World Health Organisation under diseases of the nervous system. The Scottish Government supports this categorisation and it underpins the current Scottish good practice statement on ME.

However, information obtained through Freedom of Information legislation revealed that all five medical schools in Scotland teach ME as if it were a behavioural problem that can be ‘fixed’ through psychological interventions and management regimes such as cognitive behavioural therapy (CBT) and graded exercise therapy (GET). The Scottish Government was recently asked “what action it can take to prevent harm being caused to ME patients as a result of any inaccurate or outdated teaching regarding the condition.”

Its response was that the General Medical Council (GMC) approve all curricula, and it has effectively washed its hands of the issue, stating that medical schools are “legally autonomous institutions and it is not possible for Scottish Ministers to either dictate the teaching curriculum nor can they require elements of it to be suspended.”

The GMC however, has stated categorically that “we do not specify what should be taught about particular conditions”. The board for academic medicine, who take a strategic overview of collaboration between the medical schools, and with the Scottish Government and 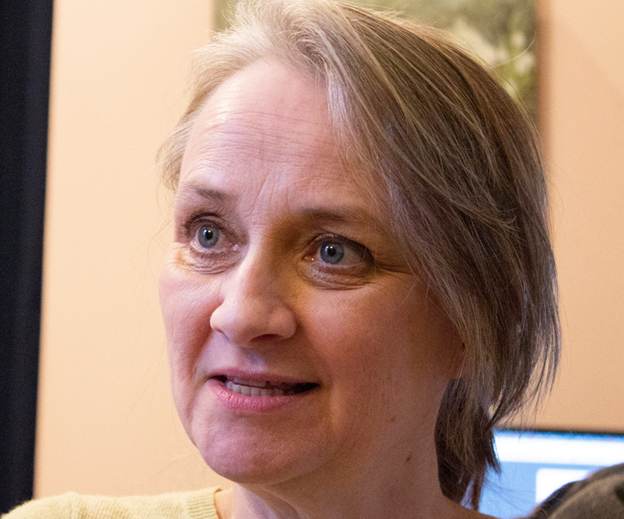 engage with NHS Education Scotland, Scottish Funding Council and NHS boards across Scotland also state that “Each medical school is responsible for its own curriculum …The board does not have decision making powers over the curriculum of any medical school.”

As a charity we see daily the impact that misinformed psychologically underpinned management regimes have on very sick children suffering from a neurological disease. We have raised concerns with the chief medical officer and the council of deans and approached the medical schools directly along with other charities and patient groups over the dangers and harmful consequences of undergraduate teaching.

But no-one will take responsibility for the serious harm that can and does result from teaching that a neurological disease can be ‘fixed’ through psychological interventions.

Children are being forced back to school when their bodies are not physically able to cope with the demands this places on them and families are being hauled through child protection procedures because they refuse to adhere to harmful regimes and choose instead to let their children convalesce at their own pace.

Where does this leave the children and young people?

Scottish medical schools, it would appear, can teach with impunity whatever they wish regarding particular conditions regardless of current research, concerns from patient groups, charities and evidence from patients themselves.

Where does this leave the children and young people we encounter every day who have to live with the potentially life-changing consequences of a medical profession that continues to prescribe ‘solutions’ that are inappropriate at best and seriously detrimental at worst?

0 0
Ann West
over 4 years ago
Sadly young people with ME are twice failed. Firstly via a medical system that has little knowledge or consideration of their needs, and seeks to somatize a condition in the manner in which MS, TB and ulcers were somatized prior to the evolution of appropriate technology to facilitate duagnosis. Secondly via an inflexible education system that denies their potential. For all the fanfare surrounding the Scottish Governments' GLOW platform it is 10 years behind the joined up virtual education offered elsewhere.To appreciate the pervasiveness of the psychological approach consider the CFS section in the document below. Also worth noting is the prevslence if CBT for many conditions, applied as a panacea for many conditions, despite a distinct lack of robust evidence that it is effective.

0 0
Barbara Robinson
over 4 years ago
Thank you so much for highlighting this specific conundrum in Scotland. The problem highlighted about educational pressures and the medical approach which often inappropriately supports these pressures is nor just confined to Scotland. It is rife in England too. I am aware that it has been a consistent problem for more than 20 years, the length of time that I had both professional and personal experience, including some of the worst travesties of social justice surrounding children with ME. As ever, Tymes Trust can be relied upon to fight our corner.

0 0
Peter barl
over 4 years ago
The gmc will not intervene because they have to much vested interest in the pace trial which actively promotes this kind of treatment, the only way this will be resolved if an ombudsman was involved and could clearly see they are looking after their own and the huge conflict of interest