In the footsteps of the suffragette sisterhood

As we mark the centenary of votingrights for women, Amnesty International’s Kate Nevens reflects on a momentous week for women in Scottish politics and how far we have to go to ensure women around the world can realise their human rights

Last week was a momentous one for women in Scottish politics – the parliament voted through two new pieces of legislation: one to increase women’s representation on public boards, and one that sees psychological and coercive behaviour acknowledged as a forms of domestic abuse.

The gender representation on public boards bill passed by 88 votes to 28. This means that public sector boards, such as health boards and the boards of universities, colleges, the Scottish Police Authority and others, must work towards a target of having at least 50% of their non-executive members be women by 2022.

While there’s still some way to go in combating unequal power relations between men and women, the bill is a key step towards addressing women’s under-representation in decision-making in Scotland and making sure women’s voices are heard at all levels in our society. Public boards play a major role in the delivery of public services (which are disproportionately used by women) and ensuring women’s equal involvement.

Deep-seated discrimination and cultural norms often set unequal power relations between men and women. Many basic human rights are denied to women and girls on a daily basis: 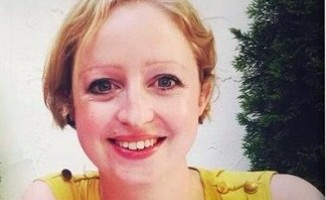 As we celebrate the centenary of the work our suffragette sisters did to achieve equality, we are thinking of the women and girls around the world we need to support

From being denied the same access to education as male contemporaries or even family members; to being forced to marry; from facing physical or mental abuse within her home to suffering health complications in childbirth, these are just some of the human rights that are routinely denied.

Kezia Dugdale MSP and co-founder of the Women 50:50 campaign, commented during the debate: “What we are talking about is the historical underrepresentation of women in positions of power”.

The Scottish Parliament unanimously passed the domestic abuse (Scotland) bill which expands the legal definition of domestic abuse in Scotland to include controlling, coercive and manipulative behaviour. It will allow courts to take into account the psychological harm caused to domestic abuse victims when prosecuting perpetrators of violence against women.

First Minister Nicola Sturgeon welcomed this development but gave full credit to the Scottish Women’s Aid movement “for its leadership and tireless campaigning down the years.”

The new legislation defines abusive behaviour as behaviour that is violent, threatening or intimidating as well as behaviour whose purpose is one of the following: making a partner dependent or subordinate; isolating a partner from friends, relatives or other sources of support; controlling, regulating or monitoring a partner's day-to-day activities; depriving a partner of, or restricting, freedom of action; frightening, humiliating, degrading or punishing a partner. The offence is aggravated if any of the behaviour is directed at a child or witnessed by them.

At Amnesty International, we campaign to end violence against women around the world, and believe that violence against women is both a consequence of and a cause of women’s inequality. One in three women will experience violence in her lifetime. Her experience will deprive her of human rights, put her at risk of mental and physical health problems, and potentially trap her in poverty.

We follow the UN definition which describes violence against women as “any act of gender-based violence that results in, or is likely to result in, physical, sexual or psychological harm or suffering to women, including threats of such acts, coercion or arbitrary deprivation of liberty, whether occurring in public or in private life.”

The new Scottish legislation brings the understanding of domestic abuse very much in line with this UN definition, and it’s great to see that the Scottish Government will be committing some funding to training criminal justice services and the police in recognising and acting on coercive control, as well as initiating a public awareness campaign.

Huge congratulations to Women 50:50, Scottish Women’s Aid and all the campaigners behind these bills (you can watch some of domestic abuse activists receive a standing round of applause from the MSPs here).

As we celebrate the centenary of the work our suffragette sisters did to achieve equality for women, we are thinking of the women and girls around the world we need to support.

We are currently campaigning on behalf of Egyptian human rights lawyer Azza Soliman who has dedicated her life to defending victims of torture, arbitrary detention, domestic abuse, and rape. The authorities have responded to Azza’s courageous work by labelling her a spy and a threat to national security. She has been put under surveillance, targeted by smear campaigns, and harassed by security forces and pro-government media outlets.

Azza now faces three trumped-up charges: tax evasion, operating a civil society organisation without proper registration, and slandering Egypt’s image and reputation by claiming Egyptian women are at risk of rape. Her assets have been frozen and she is banned from travelling. If found guilty, Azza faces imprisonment. Help us get these ludicrous charges dropped.

For more information on Amnesty’s work on women’s rights around the world go to @Amnesty_WomenUK or here.