Independent living in Scotland: is there enough provision for people with learning difficulties? 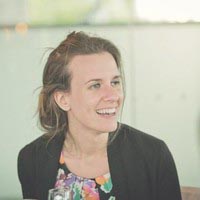 22nd April 2021
by Charlie Pears-Wallace
Read next
Holyrood 2021: what the voluntary sector wants
4th May 2021 by Graham Martin

Housing Options Scotland is a charity helping people with disabilities to find the best possible accommodation for their needs. Working with a large cross-section of society, the charity has noticed that- despite doubling its case load in the past year- people with learning difficulties still only represent 1-2% of its client base. Troubled by these figures and wanting to learn more about it, charity volunteers conducted some rudimentary research into provisions in the housing sector for those with learning difficulties and how they could be better equipped to help.

The volunteers also looked at individual housing associations’ housing policies and found that the overarching theme was a lack of visibility; for example, out of 150 Scottish housing associations’ websites, only 42 made specific reference to people with learning disabilities. When these housing associations were contacted for further information, queries were either unanswered or unsatisfactory. As this was a desktop exercise and housing associations are often over-stretched and very busy, we recognised the limitations of this research. However there was a paucity of information available on preliminary internet searches.

Finally, there is the issue of accessibility. Clients contacting Housing Options Scotland often need help in their social housing applications; if you are not well-versed in the language and allocation framework, it can be a struggle. Any learning disability in addition to this complication would render the application system to be impossible.

The picture isn’t entirely bleak: there were examples of good practice discovered. Several housing associations in Inverclyde take part in the Inverclyde Common Housing Register (ICHR) for example. People with learning disabilities also qualify for help from the Inverclyde Health and Social Care Partnership. However, the volunteers were largely disappointed with their findings.

Housing Options Scotland was extremely grateful to its volunteers for compiling this research and revealing the gaps in housing polices. It is important to reiterate that just because policies for people with learning difficulties are not explicit does not mean that they do not exist: but this in itself is a barrier. Despite people with a learning disability being in a vulnerable category, help is often difficult to access and only available in the event of an emergency.

The results have led the charity to create a new service called Making Moves, designed to encourage and empower anyone with a disability to gain independence. This service will be launched in September and Housing Options Scotland look forward to talking more about it in the coming months.