Insights into the dramatic growth of a new charity

This opinion piece is almost 8 years old
17 March 2015
Guest post
Read next
Chemsex crisis: why Scotland must take action
26 May 2015 by Graham Martin

David Welch was faced with an enormous task bringing two local cancer charities together. One year and £3.5m later, he reflects on the success of Beatson Cancer Charity

When I came on board as the chief executive of the still to be launched Beatson Cancer Charity I expected 2014 to be challenging, rewarding and a lot of hard work. Nothing, however, could have prepared me for the 12 months to come.

Launching a new charity in a very competitive landscape, against the backdrop of a tough economic climate, was never going to be easy, so I’ve been incredibly inspired on a daily basis by the courage and determination of cancer patients, their families and Beatson staff. The positive reaction to the new charity has been overwhelming, so much so that we have smashed our first year fundraising target by over £1.25 million, raising a total of over £3.5million. 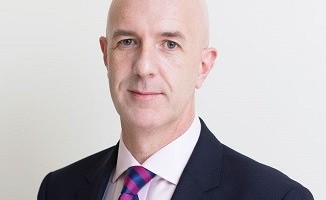 One of the first big challenges in the early days was the complex stakeholder engagement task to be undertaken. I was in the slightly unusual position of bringing together two smaller charities into one very proactive, focused organisation and so first of all it was vital that I ensure every board member, volunteer, fundraiser and donor to the original charities understood and supported what we were doing. Next up was the swathe of other stakeholders from NHS Greater Glasgow and Clyde – who have been tremendously supportive – to new board members and charity ambassadors, partners organisations, the media, political contacts and potential fundraisers. There was also the challenge of building an entirely new team of staff.

It was a huge task but one worth doing well. Mapping out our stakeholders and carefully planning how to engage with each – be it face-to-face meetings, group briefings, letters – proved invaluable. These are the people I knew we would need to get on our side and be as enthused and passionate as we are.

My other major challenge was a good one to have – keeping pace of growth. We weren’t shy when we launched, we had a vibrant refreshing brand and an ambitious vision, however, we were bowled over with how quickly things grew. As a charity you are always conscious of budgets and costs but you also have to go with opportunities when they arise. We grew our team and threw ourselves into the fundraising frenzy. As a result of our fundraising success we have been able to dramatically expand our service and funding provision and have been able to benefit so many more patients and families as they fight cancer.

While the generosity of the public has been nothing short of amazing, we have found the corporate audience more challenging. Understandably there are still pressures on corporate budgets and their priorities are elsewhere, but this is likely to be a key opportunity as the economy continues to recover. Whether it be holding fundraising events within the workplace or encouraging staff members to take part in the events we host, there are endless possibilities for businesses to get involved.

My personal highlights from the last year areour launch day, which brought together patients, staff, volunteers and partners in a jubilant celebration, and Off the Beatson Track, our first mass participation event. We hoped for 500 people, instead Glasgow was awash with a sea sunshine made up of 1,500 people dressed in in yellow, which made clear the strength of feeling for the charity.

So after a rollercoaster year what advice would I give new charities? Be bold. For some that may mean raising £10 million, for others £100,000, every organisation is different but each represents a worthwhile cause and a wealth of potential. Understand that potential and maximise it but don’t overstretch and never compromise standards.

David Welch is chief executive of the Beatson Cancer Charity.