Louise Macdonald was named last week at one of the top 30 UK Social CEOs. Here she shares some of her learning about the social media life of a chief executive…

I’m clearly an evangelist for all things social media – it’s out there, easily found – that’s the point! So I do find myself – often – in conversation with my peers who are interested in my take on the social media presence of a chief executive. A lot of those questions revolve around the same themes, so here they are in one place.

Why and how did I start building a personal social media presence as a chief executive?

Communications and engagement with people has always been huge passions of mine, so that coupled with the inner geek in me, means when social media began to bubble up, I was immediately curious. I’ve been on Twitter for over five years and Facebook even longer. I also do a daily photo-blog on Blipfoto, which I’ve now done every day for nearly five years. I have to admit it wasn’t a conscious, PR-driven thing, it was about my natural desire to connect with people and be visible as a leader, and these have given me amazing tools to do that. 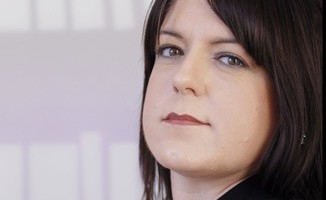 Do I use to communicate with services users or members or the wider public?

All the time – everyday! Being out and about is a huge part of my philosophy, but social media allows me to connect and be accessible (and accountable) to young people even at my desk or waiting on a train. Young Scot is a universal service for young people aged 11-26, with over 580,000 members in Scotland and social media isn’t a separate thing for them – it just is. It’s a wonderfully democratic space – young people can talk to me about our services directly anytime. Most recently I’ve been talking to young people about the launch of some new services – our online credit union and a new lawline.

How have I used it to communicate with stakeholders?

In Scotland there is a significant and growing number of MSPs, members of the media and funders engaging via social media – and that direct connection is fantastic. In the summer, Young Scot held a Tweet Up with the First Minister Alex Salmond, where he took over our Twitter account (with a wee bit of help from our digital creative modern apprentices) and answered questions from young people across the country. Using social media as the route to connect and engage young people to decision makers is such a powerful opportunity – and, of course, all of followers see that we are doing that, so it speaks for itself.

How else have I used my personal social media accounts to help Young Scot?

I do love the Twitterhive – asking for help or advice by just putting it out there and seeing what bounces back. Whether it is asking around for research on certain topics, or crowdsourcing ideas and opinions for speeches, I find social media to be a very generous space. I have also made connections via social media such as Twitter or LinkedIn – and then face to face – that have been really important relationships for Young Scot that I doubt would have happened otherwise.

What is my favourite thing about using social media as a chief executive?

We have an organisational social media strategy, but then I Tweet and use social media as a chief executive. While we always avoid using social media as a one way sales tool anyway, in my engagement, I can take a different tack to the organisational social media account. It is about quality engagement, and that’s what I try to do. It can be a critical mass for change – and of course everyone loves a sharer, so I take the opportunities I have to amplify the work of others seriously. I also love the immediacy, and the chance to share what it is like to be the chief executive of an incredible organisation making a difference in the lives of young people, surrounded by an inspiring and creative team every day.

Is there anything I wish I'd known before I started using social media as part of my job as chief executive?

That tweeting just once an (admittedly awesome) gif of Benedict Cumberbatch taking his scarf off would come back to haunt me in more meetings than I care to admit!