Local government but not as we know it

A recent conversation convened by the Electoral Reform Society felt like it could become the start of a much needed campaign to improve local democracy, which many believe is a priority for reform in Scotland. Most voluntary organisations will have something to say about this.

The meeting opened in promising fashion with some real insights into the problems of the current set-up and the potential to develop something altogether more relevant, inclusive and participative. Despite a heavy Scottish and local government presence this was not about giving existing local authorities more power and resources. We are all bored and generally unconvinced by that. Instead there was a welcome commitment to diversity, one solution will not fit everyone, and a shared understanding that the focus of this debate should not be about boundaries or institutional structures but about citizen participation. 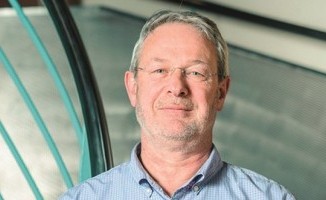 At best local democracy ought to be untidy and uneven, there should be no appetite for structural blueprints

That’s where local democracy ought to get interesting for the third sector. Mostly people express their concerns and sign up to be involved in the issues and with the organisations that matter to them. Nearly 90% of the public make some contribution to our sector. Can some of these dynamics be applied, for example to parent involvement in schools? And what more could the recent explosion of community land buy-outs, community anchor organisations, development trusts and energy and broadband co-operatives contribute?

Once self-directed support is accepted as the default mode for government-organised human services (as it must be), it becomes more possible to reimagine local democracy in a creative way. With social care and education off the books in terms of workforce and planning, the purpose and functions of local government become much easier to debate. The form and structure debate should follow not lead that discussion.

We heard some very positive experiences from rural Scotland, where people had taken on land or other assets and there is a growing appetite to do more. With the right leadership local government could play a huge enabling role in invigorating new forms of community democracy, which have precisely nothing to do with chains of office or even community planning but are about citizens taking collective responsibility for organising the things that matter to them. Some small towns are already preparing for this kind of future.

At best local democracy ought to be untidy and uneven, there should be no appetite for structural blueprints. Traditional up and down electoral politics will need to co-exist with networks and dispersed and often intangible centres of power. Agile alliances will get things done with the job of local government in whatever shape and scale it emerges, being much more about engagement and representation of citizens and enabling new forms of community control.

The number of councils and councillors is a sideshow to the real challenge of generating a participative culture where citizen action is the default mode, and where the level and scale of that engagement, is more important than the number of directly employed staff. There is a long road to travel to make the shift from municipal to enabling councils, but the journey starts here.