Named person shouldn’t be paused: it must be scrapped

Mr Swinney wrote to MSPs on the education committee, that “it would not be prudent or responsible for government to commence legislation while a decision from the [UK Supreme] court is still pending.”

He says that parts 4 & 5 of the Children & Young People (Scotland) Act 2014 “will not be implemented until a definitive judgement is received.”

However, even without a statutory footing, this move by the state to usurp parents is already impacting the lives of families. 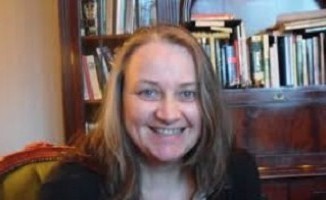 One parent recounts how they called the GP surgery for test results on their son but were informed that as he is over 12 years he must call himself.

They were told that while they did not have a right to this information, the named person did. Another parent reported how, after their 15 year old son cancelled a dental appointment due to illness, they were warned that the boy’s named person would be informed if the rescheduled appointment was missed and were asked if they had any issues that “might need resolved”.

Worryingly therefore, a ‘pause’ may not have any real impact on the non-statutory named persons scheme already implemented across Scotland which is operating in a moral vacuum divesting all families of their autonomy and plundering the rights and freedoms of law-abiding Scottish citizens.

Supporters continually insist that the act simply “formalises” what is already happening through the GIRFEC (getting it right for every child) approach.

GIRFEC “threads through all existing policy, practice, strategy and legislation affecting children, young people and families” including adult services. In practical terms therefore, how can it be ‘paused’?

For example, Parts 4 & 5 of the act that John Swinney refers to include functions around information sharing.

A recent freedom of information response from one of the oft cited trial areas for named person included guidance to practitioners on issues of consent and information sharing.

It advises that children 12 years and over “are presumed to have a sufficient level of understanding of the nature of consent and its consequences.”

Indeed even younger children may make decisions around consent “if deemed to have capacity on their level of understanding and levels of maturity.”

But the young persons’ guide to information sharing from the same FOI response shows that any implied right of consent is illusory.

It states that “Where there is a concern about your wellbeing including your safety, people do not have to seek your consent before sharing information.”

If a young person refuses consent then practitioners “will ask your parent or your named person”. Refusal of consent to share information comes with the added ‘advice’ that this could result in an indefinite delay in accessing support services.

Have your say on mental health law review
NEWS
1 Apr 2022
1 Apr 2022
"Scrap the Cap": Campaigners demand end to benefit cap after no response from Chancellor
NEWS
22 Mar 2022
22 Mar 2022
“People are hungry, whether the Queen has died or not”: Foodbank closures to hit Scotland during Royal mourning
NEWS
14 Sep 2022
14 Sep 2022
Latest news
Campaigners set to take to streets across Scotland
NEWS
29 Sep 2022
29 Sep 2022
Popular posts
Boost for low paid as living wage increases Exposed: the serial job applicant stalking Scotland’s charities Four Scots charities in running for top awardShamima Begum is a brainwashed child - and should be allowed to return How funders can help charities get through the #RunningCostsCrisis