New legislation means an important year ahead for charities

Recently I had the privilege of chairing the Society of Writer’s to the HM Signet’s (WS Society’s) annual Charities Conference for the eight year.

The society supports lawyers and legal business with research, comment, learning, networking and culture. We also provide support services to the third sector.

The theme for the conference was the evolving governance picture in Scotland. The programme included legal updates on the emerging codes and guidance for charity trustees and their advisers.

This year is an important one for the third sector in terms of its legal obligations, and it's crucial the sector continues to work with legal professionals to ensure it is compliant with those obligations during a time of change.

As well as rolling out the newly launched Governance Code, the Scottish Government is consulting on changes to Scottish charity law, which is very likely to lead to the first overhaul of the legal framework in more than ten years. 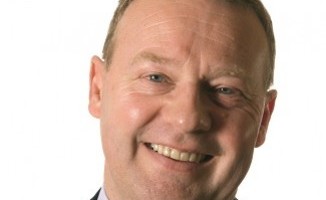 The new Governance Code, the first of its type in Scotland, is purposely fairly brief, but it’s worth considering its background. The Scotland’s Third Sector Governance Forum was set up in 2012 and comprises individuals and representatives of organisations involved in the governance of Scotland’s third sector.

I was a founder member, and the group identified that producing a bespoke Governance Code for Scotland was a high priority for the forum.

The code should be relevant not only to charities but to other third sector organisations. It is designed to apply to all sizes of organisations and is a tool to assist in achieving good governance which should result in running a more successful organisation. It sets out five core principles of good governance, namely, organisational purpose, leadership, board behaviour, control and effectiveness.

Trustees should reflect on what each principle means to them and their organisation and the code should be revisited on a regular basis.

Clearly good governance is about more than simply having an appropriate constitution but ensuring the correct culture, behaviour and leadership and putting values into practice.

Further potential change is on its way through the Scottish Government’s current consultation on Scottish charity law, which is likely to result in new legislation.

The consultation is of very narrow scope and simply asks questions on the changes which OSCR has requested that the Scottish Government makes to the current charities legislation. OSCR has a statutory duty under the 2005 Act to make recommendations for legislative changes it believes are required and OSCR had duly set out its legislative shopping list.

This shopping list includes further measures on transparency and accountability in the Scottish Charity Register, enhancement of enforcement powers, a new requirement for a connection to Scotland and the ability for charities to reorganise through OSCR rather than an Act of Parliament or Royal Charter.

However, somewhat disappointingly, it stops there. Along with colleagues, I had expected wider changes to the law to be within scope, and there is a significant divergence of ambition between the ministerial foreword and the consultation document itself.

Nonetheless, the changes will have a major impact on the third sector, and as such it is imperative that charities make their views known both on what is in the consultation and what is missing.

Alastair Keatinge is a partner and head of charity law at Lindsays and founding member of Scotland’s Third Sector Governance Forum.