Our sector in 2015: challenges and opportunities

This opinion piece is about 8 years old
6 January 2015
Guest post
Read next
The state of the sector: resilient and optimistic
27 March 2015 by Graham Martin

2014 is set to go down in history as a momentous year for Scotland, but now it’s over, what should the third sector be looking forward to in 2015?

It’s clear that the biggest political event of 2015 will be May’s General Election. With commentators debating the outcome to be everything from a Labour majority to the SNP being key in a coalition, who will be in power at Westminster come May is far from certain.

Whatever the result of the election, the nature of the UK government will be important for our sector as the new government determines its approach to key issues including austerity and social security. So the election is a key opportunity for the sector to highlight those issues which are important to us and to encourage all parties to work towards the positive changes we’d like to see and know are needed. 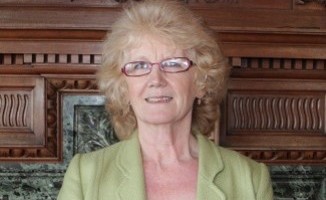 Then there are the Smith Commission proposals. January will see these proposals turned into clauses for legislation – but that’s just the start of a long process. How these powers are delivered and what Scotland can do with them, will remain of importance to the sector especially in regards to the potentially new devolved benefits and job support powers.

Meanwhile, the long awaited Community Empowerment Billwill progress through Scottish Parliament. The challenge for the sector here is to keep a close eye on the bill to ensure that it truly does what is says on the tin.

The agenda for the integration of Health and Social Care services will move apace, and the third sector will play a key role in delivering vital services to the vulnerable members of our communities, often with limited resources, but always with limitless initiative.

We know that for the Scottish Government there’s a new vision to work with, one of “prosperity, fairness and participation for Scotland”. Frequent references have been made to attaining equality, ending poverty and achieving social justice – ambitions the third sector in Scotland has always held. The ending of poverty must be a core priority. How organisations in the sector can work with government, with communities, with other sectors and with each other to achieve these goals will be a priority.

Funding, as always, will be a big issue in 2015. We know from SCVO’s 2014 sector survey that public funding for third sector organisations has fallen while demand for their services has increased. Following a £200m (20%) drop from 2010-2013, public funding now only makes up 34% (£1.7bn) of charities’ income. Consequently, as public funding has declined organisations have had to rely on increased donations and self-generated income in order to sustain themselves.

This trend looks likely to continue in 2015 as councils across Scotland look to make significant savings. For instance, last month, in Highland Council’s bid to make £55m worth of savings, we saw £500,000 removed from the Community Challenge Fund. This effectively halves that budget, but was agreed in a bid to postpone a proposed 1% cut in secondary school teachers.

Other councils will no doubt have to make hard choices like these in 2015. Moves such as this, and other efficiencies, will affect the sector not only in terms of funding for individual organisations but also greater demand on third sector services as cuts to council services hit.

Overall, 2015 doesn’t look as though it’s going to be the easiest of years for our sector but one thing is for certain, it certainly won’t be boring.

Shulah Allan is convener of the Scottish Council for Voluntary Organisations.