Rediscovering the heart of the Children’s Panel

Earlier this week, the Herald newspaper reported on comments made by Alistair Gaw, president of Social Work Scotland and head of children’s services at Edinburgh City Council. Mr Gaw suggested that children’s panels could benefit from the inclusion of professionals, including those from a social work background.

Children in Scotland supported the last overhaul of the system and believe that further improvements could be made in terms of consistency, continuity and communication. However, this does not necessarily mean undermining the valuable support that well trained lay members can provide.

Scotland has been rightly praised for its forward-looking and forward-thinking legislation and principles, putting children and families at the centre. And systems such as the Children’s Hearing System exemplify these ideals. 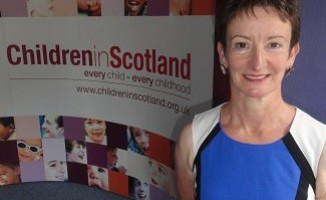 But have too many of our systems and processes lost sight of their founding principles which put children’s needs and interests at the forefront?

Of particular concern is the increasingly adversarial nature of complex child protection cases heard by the children’s panels and also the courts. Do the needs of adults trump too often the needs of the children? Are the decision-making processes closely aligned to the age and stage of a child and do they take into account the long-term impact on healthy child development of a lack of attachment and disrupted home life?

It may seem perfectly reasonable for the panels and the courts to ask for reports and evidence to be gathered. But when this can take months, even years, are the costs of delay on the child taken into account when calling for another report?

Ensuring that our children’s panels are made up of members who are well trained to handle and assess a range of issues which the panels have to make decisions on, while at all times considering the impact on the child, should mean that children really do remain at the heart of the decision making.

But Mr Gaw is right to call for more improvements to the structure of the panels.

A balance needs to be struck between professionals who have in-depth knowledge of the nuances and complexities of cases involving vulnerable, at-risk or challenging families and the valuable and unbiased views of well-trained and, crucially, well supported members of the public.

0 0
Janie Law
over 6 years ago
Facts must be established. If they are disputed there must be a process. This does not diminish the core values . It is about essential Human Rights for children and their parents. Many cases are complex . It is not disrespectful to ask whether volunteers can be expected to have the appropriate abilities and experience. They need to be able to challenge professionals. It is a big ask. We pay For judges to decide on Small Claims yet expect complicated decisions about children to be made by unpaid volunteers. How long can we expect their dedication to stretch to meet the growing demand?

0 0
Douglas J A Roxburgh. MBE
over 6 years ago
The fundamental cornerstone is ' the welfare of the child is paramount ' for this to be maintained the constraints that affect the implementation of the legislation effectively continue to be financial, political and resourcing in local communities. For positive and thoughtful reasons from 1968 onwards the Children' s Hearing System through its various transitions has met and responded to the needs of a child's welfare. To dilute what has already been established as a system that is representative of community backgrounds, to involve more professionals from social work and care backgrounds would alter the balance, not for the better. Mr. Gaw needs to look at well documented and reported evidence where his proposals in the past have had a detrimental effect of balanced decision making. He is head of a much maligned Children's Services Department, perhaps he should think of the directions his decision making has taken those in the Care of Children, young people and families in Edinburgh before insisting others do so.