Scotland is undergoing a boom in community ownership

Lindsay Chalmers looks at the benefits of community ownership

Forty-five communities took part in this year’s Community Land Week, which started on 10 August – three times as many as last year.

The aims of the week were to help communities celebrate their successes and to raise awareness of community ownership more generally. This year’s increase in numbers reflects the rapid growth in the number of communities in Scotland that are experiencing major benefits from owning land or buildings.

Something we often get asked at Community Land Scotland is whether community ownership is beneficial in its own right or just a means to an end. We would say that it’s definitely both. Owning land and buildings provides a practical resource that communities can use to meet their needs and aspirations, whether that’s job creation, affordable housing, the creation of vital services or much needed greenspace.

What is less well known is that the process of buying and owning land or buildings unlocks a huge amount of energy in a community and can provide a great boost to confidence, morale and participation levels.

A 2015 study carried out by Community Land Scotland into levels of social participation in two community owned estates showed that the people who lived there were more than twice as likely to agree that they could influence decisions about their local area compared with the Scottish average. They were also more likely to feel very strongly (51%) that they belong to their local area than the national average (34%).

One of the most rewarding parts of my job is seeing the transformation in levels of confidence, from when communities first approach us for help, to the point where they own land or buildings. We know from experience that motivation, resilience and community buy-in are by far the most important factors for success. Everything else can be learned and there is plenty of help out there from the Scottish Land Fund and membership bodies such as ourselves, the Development Trust Association Scotland, the Community Woodlands Association and the Plunkett Foundation – depending on the asset that’s being purchased. 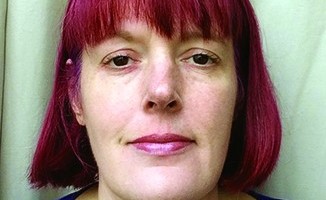 Of course, it would be an unusual community that could achieve 100% consensus on any subject and there will always be some people who disagree with community ownership. However, the open membership structure and democratic set up of community landowners means that everyone gets a say in how the land or asset is used, whether or not they’re supportive of community ownership more generally.

I’ve experienced the power of community buyouts myself over the past year, as my own community of South Cowal has been working on the buyout of our local shop, something which has taken a massive collective effort.

Among our small cluster of villages and hamlets, we have discovered: fantastic party organisers; bakers of cakes; retired retailers; artists; people with art and architecture degrees; songwriters and perhaps most importantly, someone with a son in Australia who was a wizard with spreadsheets! Our community was keen to raise the match funding for our Scottish Land Fund grant through a Community Share Offer and, over eight weeks, we brought in over £68,000 in pledges from 340 community shareholders; three quarters of whom come from our community of 1600 people.

It was both surreal and heart-warming to meet people I had previously barely known when they came to my door with community share pledges ranging from £10 into the thousands of pounds. Two local businesses also chipped in some sponsorship which allowed us to buy shares for all of the children in the area.

As someone who moved to the area just two years ago, I can safely say that getting involved in a community buyout has been a fantastic way to make new friends. The only downside is that it takes the shop committee members longer to walk anywhere as they get stopped and asked about the buyout so often!

0 0
Isabel Newlands
over 2 years ago
Think community buy outs are a great opportunity to foster community spirit in the young, giving them a sense of worth and entitlement to the fruits of the work of their local population. They would be more likely to become engaged with the needs of families and individuals.