Show solidarity against racism in Scotland

It seems that the brutal and bloody ramifications of the Friday 13th Paris attacks are travelling far and wide, including to Scotland. As refugees from Syria begin arriving at Glasgow airport to start a new life, it’s evident that what ISIS clearly wanted to gain from this latest European carnage is starting to unfold before our very eyes.

First, on Sunday 15th, there was a brutal revenge racist attack on a takeaway owner, Mohammed Khalid, in Methil, Fife. And then, on Tuesday 17th, there was an arson attack on a community centre in Bishopbriggs that is used as a Mosque (Al Sarouk). 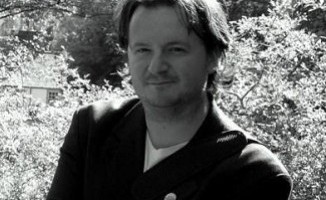 Arrests have already been made in Fife and police have reported that the arson attack is under investigation as wilful. With two high-profile racist attacks in such a short space of time it has almost become a question of what will happen next and to whom? Of course both of these hate crime incidents, like the Paris attacks themselves, are shocking and disturbing. This is probably true because they are on our immediate doorsteps rather than in faraway places like Baghdad, Mumbai or Beirut, where such atrocities have also occurred but without the spotlight Paris has garnered.

However, such local acts of hatred and intolerance are not uncommon and they reflect a side of Scottish society that we often refuse to acknowledge exists. Despite common perceptions, racism and religious intolerance is a day-to-day fact of life for many communities in Scotland and such incidents manifest themselves in violent ways. For example, in Scotland during 2012-13 there were 4,628 racist incidents recorded by the police, many of these noted as racially aggravated conduct. Unfortunately, more recent data is unavailable but it is highly likely that a spike in incidents will be evident, perhaps in the mistaken name of retribution or “for Paris”.

To be sure, the attacks in the French capital were a confrontational assault on the very notion that communities of different ethnicities, nationalities and faiths can live side-by-side in peace and harmony. For ISIS, urban, secular multiculturalism is a direct target itself and the Bataclan rock venue in the 11th arrondissement must have epitomised all that is unholy with France and other societies embracing difference and diversity.

Against this backdrop, there is a need for a timely and powerful reminder that racism and religious intolerance have no place in Scotland. Attacks on shopkeepers going about their business and buildings serving as places of worship must be viewed as a source of national shame, especially when driven by racial and religious bigotry and prejudice.

Scottish civil society must respond with an unequivocal rejection of racism and embrace its diversity as a source of strength at a time of need. The aftermath of the Paris attacks is still being felt and we need to be vigilant of both terrorism itself, as well as the inevitable anti-Muslim backlash. It is a time for reaching out and showing solidarity, by saying to the newly arrived Syrian refugees, loudly and clearly, “Welcome to Scotland”.