Waking up this morning to the news that the Smith Commission has recommended that the voting franchise should be devolved to Holyrood is particularly pleasing, and it is some of the best political news I've heard since the franchise was originally lowered for the referendum.

There is a real commitment in Scotland from politicians and others alike to have 16 and 17-year-olds voting in the 2016 Scottish Parliament elections, and for me, that's the least our young people deserve. The referendum saw unprecedented levels of political participation from the young people of Scotland.

During the referendum campaign, the Scottish Youth Parliament engaged with over 18,000 young people and registered thousands of first time voters. As a member of the Scottish Youth Parliament (MSYP), the opportunity to be at the forefront of one the most historic moments in Scottish history was astounding. The process gave me the opportunity to engage with young people right in the heart of their communities. 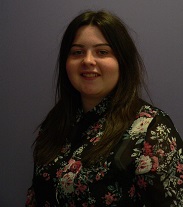 I've spoken with young people from all walks of life. Throughout the referendum process, each and every one of the young people I met with were informed, engaged, and full of passion. Young people have truly been at the heart of shaping history throughout the last year, and the entire world has been watching and waiting to see if the decision to lower the franchise would be a success, and indeed it has been.

I think we can all agree that the referendum provided a platform for mass engagement for everyone in Scotland, but particularly young people. We now need to maintain these levels of engagement, otherwise we are at risk of disenfranchising an entire generation, when in fact, we are aiming to be doing the opposite.

As the democratically elected voice of Scotland’s young people, the Scottish Youth Parliament has always known that 16 and 17-year-olds are capable of making informed decisions when it comes to voting, and now the rest of the country can see that too.

I am incredibly happy to see that the Smith Commission believes in young people, and is now urging the UK government to ensure these recommendations are implemented so that Scotland can continue to lead the way in involving young people in political decision making. After all, the young people of Scotland deserve it.