The lengths you’ll go for a good cause

If fighting cancer is your purpose, why is it wrong to use sex to fundraise?

The charity ring girls saga raises questions about what counts as inappropriate in fundraising partnerships and events.

The Cancer Research UK (CRUK)boxing bouts brought in £16 million – not to be sniffed at. But are the funds ever worth the reputational risk?

With increasing pressure to raise significant targets, charities can be seen to condone actions or views that are inappropriate through ignorance, carelessness or, hopefully not too frequently, deliberate fault.

CRUK responded positively to the complaint. But, it would have been much better not to offend in the first place. So, for a resource and time poor charity, do we draw up an ethical framework in advance, or take a case by case approach?

And, before we get to that stage, we have to decide what exactly inappropriate looks like. (If you’re following me on Twitter, please don’t answer with photographic examples …)

As a sole fundraiser, I plan activities on a resource / return basis. There’s a lovely matrix for this, and everyone loves a matrix. Except perhaps Keanu Reeves. Or, for classic Who fans, the fourth Doctor when he’s battling the Deadly Assassin. 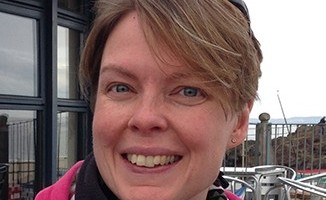 Mission and values should permeate the organisation from the service provider, the trustee, the bin emptier to the charity shop volunteer… our charity is our heart and pride

Events and partnerships can be resource heavy. So, how wonderful to have someone offer to take on the running of an event or activity on your behalf:

Helpful caller: “I’d love to organise an event to raise zillions for your charity.”

Helpful caller: “A seal clubbing trip to the Isle of May followed by a roast puffin supper.”

OK, flippant example. But what about, say, a marathon which is known to create plastic waste from water cups and bottles?

In the case of CRUK, the ring girls weren’t in direct conflict with their mission to cure cancer.

So, a trickier example could be a comedy show, with offensive humour? Not un-environmental, but not great for our brand.

In my opinion, it isn’t worth risking your reputation. For charities, trust is key.

I felt the same when Shell sponsored the Wildlife Photographer of the Year as I would about, say, a misogynist rally in aid of the Charlotte Bray cheese fund. We should be as protective of our charity’s reputation as we are about our own.

In reality, how far is it possible to control events and activities done in our name? For larger charities especially, what about the many community-led activities that are well meaning, but aren’t on message? How do you say no to a well-meaning member of the public? Don’t you want their money?

This blog raises more questions than it answers. We want to keep our brand precious, but can’t have eyes everywhere. Unless we are a spider (imagine the can-shaking potential).

Ultimately, it can be about care, awareness, and attention to detail, but also about pressure. There has to be a higher responsibility, as well as that of the fundraiser. Do we have an ethical policy?

Mission and values should permeate the organisation from the service provider, the trustee, the bin emptier to the charity shop volunteer… our charity is our heart and pride.

We can’t take our eyes off the ball. If we do, as I learned as a mal-coordinated child, we get a netball in the face.

Charlotte Bray is fundraising manager at the Scottish Seabird Centre.