The named person will safeguard children from abuse

When it comes to supporting our most vulnerable children, we need better support before intervention, says Jackie Brock

It’s been almost two years since the Children and Young People (Scotland) Act 2014 came into force but this is the year that its most debated part – the named person service – will be implemented across Scotland.

This means that by 31 August, every child in Scotland should have a named person – in most cases a health visitor or headteacher – to whom parents or anyone else can go to if they have concerns about that child’s wellbeing. They will be the first point of contact. Their job is not to sort out the problem on their own but to make sure everyone who needs to know that a concern has been raised, knows about it, and can work together to provide the right support to prevent problems escalating. 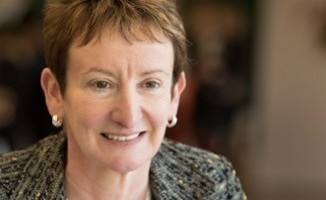 I have argued, and will continue to argue, that there is no evidence of increased state intrusion into family life

In the most extreme cases, we have seen how too many historical failures in child protection have been due to important information not being shared or acted upon. However critics have worried that the Named Person service represents a step too far in terms of the state’s intervention into family life, arguing that it could compromise families’ privacy and primacy in determining how to bring up their children

But in September 2015, the Court of Session concluded that the creation of a named person “no more confuses or diminishes the legal role, duties and responsibilities of parents in relation to their children than the provision of social services or education generally”.

I too have argued, and will continue to argue, that there is no evidence of increased state intrusion into family life. Indeed, this service can prevent children and families being drawn into a formal investigative system by making it easier for issues to be spotted and dealt with effectively early on. We need children’s services that are dedicated to prevention and early intervention, and united around a goal of reducing dramatically the number of children requiring formal measures.

It is important to acknowledge that the vast majority of children growing up in vulnerable families are loved, safe and can thrive, even if some support is required.

Evidence suggests that what appears to contribute most to poor outcomes for children is if their families face multiple vulnerabilities in combination, such as unemployment, poor housing, mental and physical health problems, low income and material deprivation. This is where our systems need to be geared towards prevention and early intervention based on excellent risk assessment to identify families with these vulnerabilities early and work to support them.

Understanding the circumstances where some children will be damaged while others won’t through neglect and abuse, is one of the most difficult tasks that we ask our professionals to undertake. The claims of some that mistakes demonstrate how ineffective our services are, is unfair and simply wrong. The named person service will help social work professionals by supporting children and young people early and diverting them from formal intervention. This will give social workers and their partners more time to work alongside families who need more support given their circumstances.

Where the need for state intervention is identified as necessary, surely we cannot put a price on this. The damage caused to children as a result of neglect or abuse can be lifelong – and devastating.

In deciding what kind of role the state should play in nurturing and safeguarding the rights of children and families, we must respond to new evidence as it emerges while respecting the primacy of the parental role. Two centuries ago, we were concerned about the rights of children working in Mills, rickets and the effects of unclean water. A century ago, we began to articulate girls’ and women’s rights to education. About 30 years ago we started to query smacking and understand that autism was a condition and not just a difficult or an odd child. Just 10 years ago, we could barely have imagined the level of threat that children face from cyberbullying that they do today. The boundaries about what the state ought to have an opinion on are forever being revised.

Today, we understand so much more about developmental milestones in children’s early years and the importance of responding as early as possible to address problems. Getting it Right for Every Child, the framework in which the Named Person service sits, has its foundations in prevention and early intervention. The whole premise is built around providing clear and straightforward routes to support for anyone who needs it, and on preventing children and families being drawn into a formal investigative system without denying the irrevocable damage that neglect or abuse can cause.

It provides the permission, vocabulary and the means for all of us – state agencies included – to take appropriate action, at the right level and the right time, to protect children at potential risk.

At Children in Scotland we will be focusing on providing practical support to organisations and individuals as they prepare for implementation of the Named Person service and other aspects of the Children and Young People (Scotland) Act.

We want to help ensure that the children’s sector is ready for the new duties and responsibilities it introduces, but also clearly understands the great opportunities that these will create for supporting and safeguarding children and young people.

Jackie Brock is Chief Executive of Children in Scotland

0 0
Claire
almost 6 years ago
I am afraid that this will be seen by many as the big brother state interfering in family life. The real measure of any action designed to protect the vulnerable is how much harm it does to the majority. In this case family relationships will be destroyed as people keep secrets from their children and dare not challenge even the most absurd instructions from these intrusive government inspectors. Worse, whereas people would have asked advice and for help they will now be afraid to do so. Children and their families are going to suffer badly because of this.

0 0
Diane Anderson
almost 6 years ago
Well done Jackie - very sensible appraisal of the legislation and its hoped for effects. With mad comments such as those so far below, it makes me wonder what kind of relationships they have with their own children. This legislation isn't going to affect most people's relationships with their children and I remember when I was a new mum I was delighted with all the help I got from health visitors and other medical professionals.If the legislation prevents one child from being abused by their parents - do these people not believe that happens?!? - it will have been worth it!!

0 0
mrs lewis
almost 6 years ago
the government has enough trouble protecting the children that needs this intervention without interfering in the family life of the ordinary everyday couples or single parents this is the worse case of interference that I can think of. WHO WILL GUARD THE GUARDIANS!!!!!!!!!!!!!!!!!!!!