The SNP in London will empower Scots

We recognise that this is a challenging time for the third sector in Scotland – not least because £6 billion worth of social security cuts are expected in Scotland. These cuts are already leading to an increase in poverty and are expected to push 100,000 more children in Scotland into poverty by 2020. That’s why the SNP government is investing over £300 million between 2013-14 and 2015-16 to mitigate benefit cuts – protecting council tax support, mitigating the Bedroom Tax and providing the Scottish Welfare Fund.

The SNP, like much of the third sector in Scotland, think the Scottish Parliament should have more powers over social security, employment and equalities policy – to better protect the most vulnerable and tackle inequality. Increased devolution should allow the Scottish Government to create jobs, ensure these are well paid and that there are no barriers to participation in the labour market. Working with the third sector the Scottish Government has already shown, through initiatives like Community Jobs Scotland, that where policy is decided in Scotland we can achieve better outcomes. 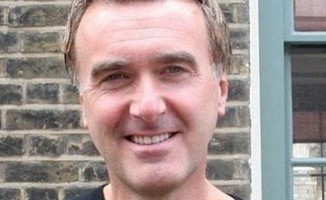 Strengthening the equalities assessment of budgets is one way SNP MPs will lock-out austerity, which is causing misery for so many of the most vulnerable people in Scotland

We are strongly opposed to any attempt to scrap the Human Rights Act and given the Scottish Government’s longstanding opposition to repealing the Act or withdraw from the ECHR, our MPs would invite the Scottish Parliament to refuse its consent for any such move. SNP MPs will support the establishment of an LGBTI rights envoy within the Foreign Office to promote LGBTI rights, as human rights, across the world. A strong team of SNP MPs elected in May will fight any future attempts to water down equality legislation and will support the restoration of equality impact assessments which the Tories scrapped in 2012.

Strengthening the equalities assessment of budgets is one way SNP MPs will lock-out austerity, which is causing misery for so many of the most vulnerable people in Scotland. We support an alternative to continued austerity where spending increases to 2019-20. A modest increase in spending of 0.5% will generate £180 billion to invest in the NHS, education, boost the economy and protect the most vulnerable. By taking an alternative to austerity we can do more to invest in infrastructure – allowing us to continue investing in new housing, generating jobs and growth.

The SNP Scottish Government is also taking steps, through the Community Empowerment Bill, to help empower communities through the ownership of land and buildings and strengthening their voices in the decisions that matter to them. We remain committed to subsidiarity and local decision making – devolution is not just about devolving from Westminster to Holyrood or from Holyrood to the City Chambers. We believe that democracy is first and foremost about people and communities.

This General Election gives the people of Scotland the opportunity to have real power at Westminster by voting SNP. A strong team of SNP MPs to Westminster can empower Scotland, and make sure that the things that matter to Scotland – jobs, public services and protecting the most vulnerable – are firmly on the Westminster agenda.

John Nicolson is the SNP candidate for East Dunbartonshire and a former BBC and ITV news reporter. He was actively involved in the SNP's Scottish independence referendum campaign.