Together with Turkana: how we can all transform lives

This opinion piece is about 3 years old
23 January 2020
by TFN
Read next
Mary’s Meals: our life saving work will go on
2 April 2020 by Graham Martin

Mary’s Meals has launched an urgent appeal to feed hungry school children in Turkana, one of the most impoverished, vulnerable and chronically undernourished parts of Kenya.

We already serve a nutritious bowl of rice or maize with beans to more than 23,000 children at nurseries in Turkana every school day.

But primary-aged pupils have not received meals since a school feeding programme run by another organisation stopped operation around a year ago.

Desperate pupils can often be found watching children at neighbouring nurseries being fed, and we have heard reports of children as young as three years old saving their food to take home for hungry siblings. 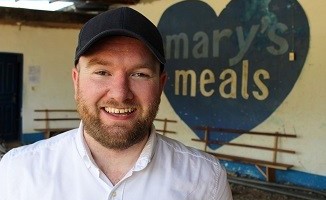 We are appealing for donations so we can put an end to this heartbreaking situation and start serving our life-changing meals to children in primary schools in Turkana. We already feed more than 1.5 million children in 18 of the world’s poorest countries every school day. We are determined to continue feeding these children while expanding, as funds allow, to reach hungry children in Turkana.

People in Turkana have lived in this harsh environment for centuries, and the community is extremely resilient. But the challenges they are facing today means the promise of a daily meal in school for their children is more important than ever.

While in Turkana, I visited areas where Mary’s Meals has fed nursery children for some time. I was shocked by how visible hunger was – with children’s hair turning so yellow through malnutrition that I initially thought their heads must have been covered from rolling around playing in the sand.

It was an incredibly moving trip that still inspires me to this day. I often think about the words of a village chief, Mr Loritit, who said: “We are so grateful for this food. Without it, learning stops in our communities and progress is paralysed.”

This is true of all 18 countries we feed in. Hungry children have no energy to learn and desperate parents have to prioritise finding food over gaining an education. In Turkana, school enrolment is just 50%.

By providing a good, hot meal every day we can draw pupils into the classroom, and they can grow up, better nourished and better educated, to become the men and women who will lift their communities out of poverty and eventually end their reliance on aid.

Mary’s Meals is ready to serve meals in primary schools in Turkana, ready to take away the trauma for pupils of seeing others receive food while they go without, and ready to ensure these children gain an education which can be their ladder out of poverty. But we need funds to reach them.

To donate to Mary’s Meals’ Together With Turkana appeal, please visit marysmeals.org.uk or phone 0800 698 1212.