Does the health sector need to find its balls?

Catherine Ronald, recalls the key talking points from a lively discussion on the future of Scotland’s health

With the dust just about settled following the results of the 2016 Scottish elections, Voluntary Health Scotland brought together charity leaders and health sector delegates to reflect on what lies ahead for Scotland’s future health.

The event – chaired by award-winning journalist and broadcaster, Pennie Taylor – was an opportunity to take stock, consider the prognosis for population and individual health and look closely at what the key challenges are and how they might be overcome.

Not one to shy away from provocative questions, Pennie opened the session calling for ‘enough with the PC, let’s go for it”! She’s a chair who drives lively discussion and prods to really get to the heart of an issue.

So what can be concluded from the discussion? 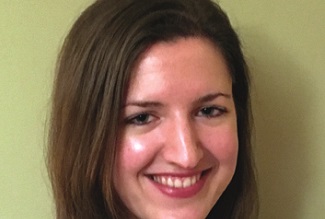 From the panel at least, there was some agreement on the key frustrations – there is concern over the way the health and social care integration process will unravel

From the panel at least, there was some agreement on the key frustrations – there is concern over the way the health and social care integration process will unravel; systems and bureaucracy continue to rule the roost, when what’s needed is a concerted focus on individuals and communities, and targets continue to dominate, with Nigel Henderson best illustrating this: “there’s a danger of hitting the targets but missing the point – targets often drive the wrong behaviour and get in the way of transformation”.

There is widespread acceptance that health can no longer be considered an issue for just the NHS. The voluntary health sector knows and accepts this, with Mark O’Donnell stating, “we have amplified power collectively, to change ways”. And collectively doesn’t just mean health. For true culture and system change it will be a joint cross-sector effort which improves the health outcomes for Scotland, and in particular reduces the infamous inequalities gap which sees gross differences in life expectancy between our richest and poorest communities.

Pennie pointed to a couple of recent Scottish Government initiatives – is the National Clinical Strategy going to be the document that truly drives change? Or is it more rhetoric than reality? Will we see changes/action take place as a result of the Healthier Scotland Conversation? It’s fair to say there was a degree of cynicism around both initiatives, with suggestions from one delegate that the National Clinical Strategy had a noticeable lack of input from people who actually use services. From another, a suggestion that it was rather underwhelming.

That said, there was a more positive reception for the CMO’s recent report on Realistic Medicine, with Nigel Henderson describing it as “refreshing”. However, scepticism returned on the conversation turning to self-directed support, with suggestions that it isn’t really happening and is more of a tick-box exercise.

But there was positive discussion at the event too, with a big focus on how we can go about achieving true culture change. Delegates expressed a need for genuine engagement, which requires brave and bold decisions from people in positions of power, including politicians.

The conversation highlighted the opportunity to influence via Scottish Parliament committees, calling for information on how to engage with committees to be widely available.

There was agreement that the way health professionals are trained needs to change, equipping them to have truly empowering conversations, whilst taking account of time constraints and being realistic in aspirations.

Resource re-allocation continually comes up in discussions seeking to solve Scotland’s health woes – in particular, the discussion raised the need to target health spend where inequalities are most prevalent. Resource re-allocation forms a crucial part of a preventative approach and on prevention, there was wide agreement that this is an area that can be worked on collectively, regardless of condition or sector.

The vital need for community approaches to health was also highlighted, as well as the often forgotten ingredient in health transformation – technology. Having played a vital role in the Dutch Buurtzorg system, Pennie in particular, as well as panel member Clare Cable, expressed frustration at why Scotland had not yet made optimum use of technology in its health system. What are the reasons for this?

Like many a future health discussion, this breakfast conversation undoubtedly raised more questions than it answered. But there are solutions in there, it’s just the much needed culture change required to implement them seems to be lacking.

Panel members summed up – they called for delegates to think of tangible, practical things that can be done; for people to be courageous and take risks; for education to be a top priority; for us to rethink what we do and how we do it and for a change in the way health professionals are trained.

In challenging our new MSPs, Pennie asked, “do our politicians have the balls to make the changes that are needed”? Panel member Jane-Claire Judson responded, “perhaps we need to collectively find our balls”…Now there’s something to consider.