This feature is about 4 years old
27 June 2018
by TFN
Read next
Chief encounters: Anna Fowlie and Jackie Stone
25 October 2018 by Gareth Jones

​James Wells, of international aid charity Emms International, on what makes him tick

What makes a good day at work?

Hearing updates from our projects or anything else that reminds us of why we work at Emms International. I’m also regularly blown away by the support and encouragement of our supporters.

How many hours do you normally work in a week?

Around 50 hours would be a pretty normal week. Like most chief executives I know, I tend to do more than I should at home! Often a bit more if I’m travelling.

What do you procrastinate over?

What’s the perfect bag for travelling and work!

What turns you into the office Victor Meldrew?

When we lose sight of the joy of people’s generosity and the impact that it has. 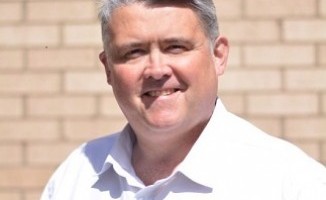 I think we’d all be better off if we all did more in society - I don’t think it matters who does it, as long as it’s for everyone’s good

Is the third sector a calling or an accident?

A bit of both. My real passion is health and I feel Emms International is where I can best make this a reality. However, I’ve also worked in the NHS with many amazing people motivated by a desire to help and serve others.

What happens during your perfect weekend?

Time with family and friends, cycling, walking and church on a Sunday.

I love music and have a pretty varied taste. Lots of albums have great tracks on them, but a great album is a real challenge. If you were to push me it generally depends how I feel on the day, so right now I’d go for one of Crime of the Century by Supertramp, The Joshua Tree by U2 and my old school mate Duncan Chisholm recently released a brilliant album Sandwood that I keep going back to. It’s fantastic and really captures the atmosphere of Sutherland.

Would we all be better off if charities did more in our society?

I think we’d all be better off if we all did more in society. I don’t think it matters who does it, as long as it’s for everyone’s good. One thing I find in my job is that people have the same aspirations, hopes and fears regardless of wealth or where they come from, and, given the chance, I believe most people would work for the common good. Current economic structures have distorted the purpose of economic growth, with wealth seen as an end in itself, rather than what you can use wealth to achieve. We need to challenge the systems and structures that underpin this distortion that is locking up the potential of significant parts of global wealth, achieving little benefit for anyone.

You’re home, fully fed with your feet up – which comes first Eastenders or Facebook?

Neither, as I can’t abide soaps and only occasionally check Facebook. I would most likely watch the news or football!

Is this a step on the ladder or your final destination?

If I was to design my perfect job, this would be it, but I don’t take it for granted. Ultimately, my future is in God’s hands and I trust Him to guide me in my current and future steps. Whatever happens, the future’s exciting!

What do you think are the main strengths of the Scottish charity sector?

Its talent, diversity and the broad range of things it does. It’s making a difference nationally and internationally and is something we should all celebrate.

What are the big challenges facing your charity over the coming year?

Continuing to reach the poorest and most marginalised people at a time when the purpose and value international development continues to be challenged, and continuing to engage better with current and new supporters.

Cycling, walking and generally enjoying the outdoors, and spending time with friends and family. I’d also like to continue to be engaged in supporting and developing others.

The actor Brian Cox every time. An amazing actor, with a great philosophy about his work: “There are no big parts and small parts, just long parts and short parts”. It’s something we should all adopt.