How to beat the charity funding squeeze

This feature is about 7 years old

Nearly £5 billion flows through charities and voluntary organisations to the people and communities most in need in Scotland every year.

It sounds like a fortune but compared to Scotland’s public spending budget of around £54bn a year, it isn’t much at all. It is shared among housing associations, major social care operations, such as Quarriers and Enable, the

Church of Scotland, huge trusts, such as the Wood Family Trust set up by Aberdeen oil industry mogul Sir Ian Wood, as well as thousands of community and voluntary groups across our towns and cities.

A third of the voluntary sector’s income comes from local or national government and that is a figure that is falling fast – down by £185 million in 2012/13 to just £1.69bn (just over 3% of overall public spending). Continuing government austerity promised by the newly elected Conservative government at Westminster will mean even less money for the third sector but isn’t likely to lead to a drop off in demand for services.

So far Scottish charities have managed to plug the gap from falling public spending by turning to other sources of income. In 2012/13 the sector saw donations go up by £66m while self-generated income sources such as trading, sales, rents and investments increased by over £150m. 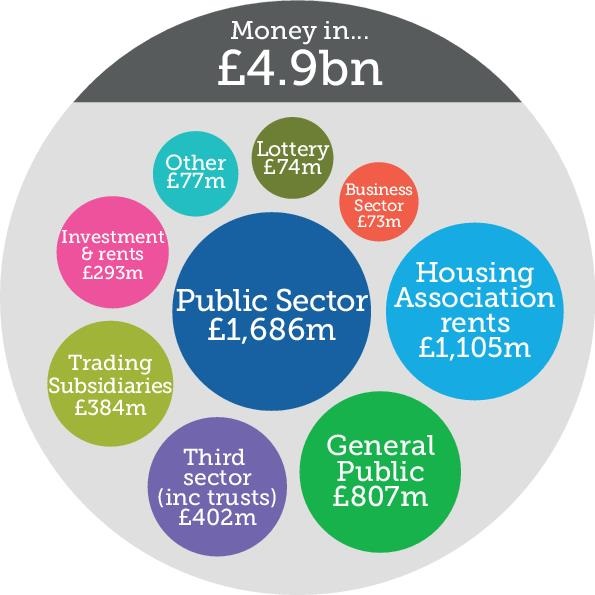 The clear message from charity finance experts to individual organisations is diversification – charities need to make sure that they have income coming in from a range of different sources, so if one funding stream dries up, there are other places to turn.

Bethany Christian Trust is one of Scotland’s most innovative third sector organisations, having grown over the last decade from a small Edinburgh based homeless charity to now running services across Scotland. Its funding comes from public contracts, fundraising, its chain of charity shops up and down the country and other initiatives, such as its Caring Christmas Trees business.

It aims to maintain the ratio of 50% public funding, 25% traditional fundraising and 25% enterprise.

Its chief executive Iain Gordon says Bethany’s public funding experience reflects the national picture: “In terms of money from local authorities, yes that has reduced by in some cases as much as 20 to 25% over the last eight or nine years, and that’s without necessarily a concomitant reduction in service volume.”

While Bethany has responded to these reductions on a case by case basis, sometimes reducing the number of hours of service or finding more efficient ways of doing things, it has also looked to raise money in other ways, with the imperative of always maintaining a high-quality service for individual users. 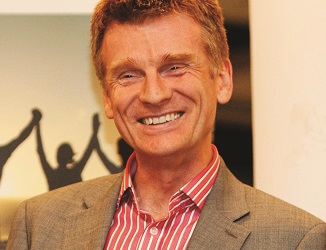 Organisations are often nervous about investing in consultants, but if they do it well and do it wisely and make sure they get someone that fits them, it can make a big difference

In 2012/13 in a bid to develop its traditional fundraising income, Bethany’s board decided to take the step of employing a fundraising consultant to create a three-year plan to double its voluntary income.

“That has been quite phenomenal,” says Gordon. “We’ve basically done what they said to do, followed every step of the plan and the income has come in exactly as they said it would.”

The plan included focusing on a spread of traditional fundraising streams including grants, Gift Aid, individual gifts, church gifts, trusts, legacies and company gifts, which have become a bigger focus over the last few years with partnerships both in kind and in cash.

The organisation has also developed its events, seeing its Sleep Out grow into a national event and what was once a small sponsored cycle growing into the Bethany Sportive, which covers up to 102 miles across the Borders in June.

So, the decision to invest in outside help has paid off for Bethany.

“It was a significant amount of money for us, but it worked well,” admits Gordon. “Organisations are often nervous about investing in consultants, but if they do it well and do it wisely and make sure they get someone that fits them, it can make a big difference.”

Gordon also advises other charities to consider investing in a strong a fundraising team, which produces major results for Bethany.

“Organisations are also often nervous about employing fundraisers, but no fundraiser whose doing their job is ever going to be a net expense,” he says. “They’ll always bring in a multiple of their salary – we operate on a return of investment of between 3.5 and 4, so on that basis, you should have hundreds of fundraisers.”

With an annual turnover of just under £7m, Bethany is now one of Scotland’s biggest charities. Just 215 of the more than 23,000 registered charities in Scotland have an income that breaks the £5m mark 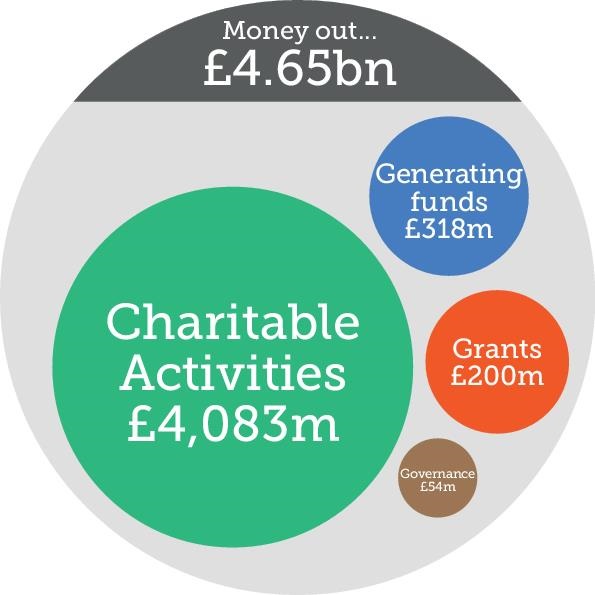 Smaller organisations may not be in a position to invest as much in developing new businesses or major fundraising initiatives, but experts recommend a similar focus on diversity across different income streams.

However, smaller charities may be better choosing to focus on smaller number areas where they are likely to succeed, says Hopkins, while ensuring that key people in their community know exactly what they do and what they are hoping to achieve.

“Having a crystal clear articulation of the problem you’re solving, why it matters and who it matters to is an essential starting point,” he explains.

“So if your charity helps care leavers build life and employability skills, which companies in your patch are the major employers of young people? Did any prominent local figures grow up in care, and could they be a prospect for a major gift?”

We just always try and keep our eye out, because you need to be fleet of foot in this business and turn your head to anything - Jane Lamont

Many smaller organisations fail because they don’t look open for business to potential corporate donors, says Hopkins. Organisations looking for legacy income, for example, should make sure they have a legacy landing page on their website, and talk about legacies in their newsletter.

“Potential corporate supporters will be looking for signs that you have a distinct offer for companies, and are set up to accommodate a corporate partnership,” says Hopkins. “Your website, annual report, newsletters and marketing materials should all showcase that you’re ready to welcome new donors and have an understanding of their needs.”

It was set up more than five years ago to bring the local football pitches and facilities in community ownership and run them as a sustainable business. Now, having successfully achieved this work its ongoing aim is to improve the mental and physical fitness of the community through regeneration and employment opportunities.

Development manager Jane Lamont believes its success is down to an agile and energetic approach to income generation.

“Our income is 60% planned and 40% opportunity,” she says. “We’re aiming to keep increasing our income through our social enterprise side, which is the football services, and also build in employability services round about that and the opportunity side is whatever comes up that has some sort of synergy with what we do.”

The organisation has successfully received grants from a range of funders, such as the Climate Challenge Fund, which is committed to supporting community-led projects that reduce carbon emissions, and is funding Beith Community Development Trust’s kit wash and kit swap initiatives.

“We just always try and keep our eye out, because you need to be fleet of foot in this business and turn your head to anything,” explains Lamont. “You can’t become too single minded, we’ve seen over the years that some big voluntary organisations have gone down when the environment changed and they were stuck with all their eggs in one basket. So we try to be flexible and as long as it’s bringing something back to the community of Beith, we’ll have a go at it.”

Is it time to smash the piggy bank?

In better days, many charities and community groups have built up a financial buffer to keep them secure during tougher economic times. In Scotland a total of 41% of Scottish charities with an income over £1 million are holding on to reserves covering running costs for six months or more. While some of these organisations may be saving for a big capital project, there is concern that others may just be nervous about spending their hard earned savings.

Charity trustees, however, have a duty to make sure that charity money is being spent to enhance the organisation’s charitable purposes, and this means working out how to make the most out of money in the bank.

The Office of the Scottish Charity Regulator (OSCR) reminds trustees that managing their charities reserves is an ongoing duty.

David Robb, chief executive of the OSCR (pictured below), said: “We’re regularly asked what level of reserves charities should hold. There’s no right answer to this question – it’s impossible to provide a fixed framework that covers all circumstances and eventualities that affect the country’s 23,700 charities.

“It’s your responsibility as a trustee to make the decisions that are best for your charity, but there are some broad principles you should help you get it right.”

Agree an appropriate policy. Charities should have a reserves policy that is agreed by the trustees and sets out the level of reserves they want to hold and why. It should be proportionate for the shape and size of the charity, a few lines may be sufficient to explain what the trustees believe is required to face a future rainy day – for example, when there is a sudden loss of income.

Set the right level. There’s no fixed amount or percentage that must be followed – you must ensure that the level you set is appropriate based on your projections for income and expenditure, your current liabilities and an estimate of likely needs and risks over the next few years.

Regular review. The policy should be reviewed regularly to take account of different needs and circumstances. You must also consider your progress against the policy. If your policy requires you to maintain three months’ running expenditure and you only have one month’s worth, what steps will you take?

Report on your reserves. Your trustees’ annual report should tell donors, funders and other stakeholders how much you’re holding in reserve, and why.

This list isn’t exhaustive – the Charity Commission for England and Wales has guidance that is more detailed and broadly reflects requirements in Scotland.

Robb added: “OSCR is considering its own guidance in this area and in the meantime I’d urge you to reflect and act on this essential area if you haven’t already done so.”