This feature is over 7 years old
20 November 2014
by Robert Armour
Read next
New women’s jail not needed, say campaigners
8 January 2015 by Graham Martin

Sylvia Douglas found her vocation in life in the unlikeliest of surroundings. With most of her childhood spent in care homes – the consequence of family abuse – she always believed life would be what she made it.

It was 10 packs of cigarettes, sold to other children in those very care homes, which first unveiled Syliva’s entrepreneurial spark. The initiative turned only a modest profit but after suffering from a lifetime of diminishing self-confidence, it was enough to convince Sylvia that bigger things were possible.

“More than anything I think it gave me the confidence to succeed,” she says. “I remember being excited that an idea which came from me could actually work.”

Now aged 35, Douglas is using her business acumen to transform the lives of young women like herself who have lacked opportunity but are committed to succeeding.

And, as unlikely as it seems, she’s doing this with pants – Empowerment Pants to be more accurate – a creation that has set the social enterprise sector buzzing.

The items of underwear, emblazoned as they are with a capital E on their fronts in homage to the more familiar superhero variety, are doing their bit to transform the lives of young women.

Douglas received an initial investment of £19,000 from Resilient Scotland to produce the first 4,000 pairs.

Their manufacture meant employing six locally-based skilled machinists, four of whom were previously employed by Remploy and two who were long-term unemployed, to continue with their production.

“With no track record in business, banks weren’t interested in providing me with start up capital and I had taken my business idea as far as I could without financial backing,” she says.

“Thankfully, Resilient Scotland were prepared to take a calculated risk.”

Pushing back the barriers through counselling

Anne Bodrum who worked as assistant head of social work in the Borders Council became a life coach when she took retirement at 50.

Now working with young women building their self-esteem through counselling sessions, she believes society discriminates against young women trying to make a start in life.

“I genuinely believe it is harder for a young woman from a challenging background to make the most of opportunities,” she says.

“Practical problems like childcare and perceived problems such as sexism and discrimination chisel away at even the most determined young woman. It happens all the time.”

She now works on a one-to-one basis with young women, in conjunction with social services, on intensive courses raising young women’s self-esteem, especially those who have been raised in care.

She says the care system wholly fails young women. Instead of endowing them with a sense of belief, they become institutionalised and lack self-worth.

“We have a real problem in the way we treat people – especially young women – when they encounter adversity in life.

“The care system isn’t able to cope. Girls have different problems from boys and it is because these are rarely taken account of that the system doubly discriminates against them.”

Body image, for example, is an area where young women are under more pressure than young men.

“I don’t think this can be underestimated,” says Bodrum.

“It can lead to physical and emotional problems – many of them serious and life-affecting, such as anorexia. Yet there’s far too little emphasis in Scotland’s care system in recognising the vulnerability of these young women.”

Empowerment Pants have now become something of a phenomenon with stories of women wearing them to interviews, on first dates and even brides wearing them to walk down the aisle.

Douglas now sells them at markets and events across Scotland and the profits fund her MsMissMrs workshopsdesigned to help young women from vulnerable backgrounds realise their own self-worth, raising their self-esteem in the process.

“They’re a novelty product obviously but they are symbolic for something quite meaningful,” she says. “Empowerment Pants stand for self-love and self-worth,” she says. “Women buy them because they want to join the empowerment movement.

“It’s just about women who lack certain things gaining the confidence to promote themselves and get what they want from life.”

Too many young women languish in society without ever showing their real potential says Douglas. That is primarily what she wants to change.

Her three-day workshops take clients on a journey of discovery. Led by peers, many leave with a greater sense of what they can achieve, mostly encouraged by the example set by Douglas’s own experience.

“When someone feels loved and safe, is treated lovingly, when they feel valued, supported and nurtured they will most likely start life feeling a sense of worth and belonging,” she says.

“If on the other hand, they are mistreated, neglected or unsupported there is the possibility of having low self-worth.

“Other contributors can be emotional, verbal or sexual abuse. This is what the course teaches them.”

Running a social enterprise is just like running any other business believes Douglas but it can be far more rewarding.

“When you see the results, the way people’s lives are changed you get a buzz,” she says. “I don’t think you’d get that if it was a private company. It just wouldn’t be the same.”

Jade McGinlay, from Milton, has had her life put back on course via Douglas’s intervention.

Living with her three-year-old son Darren, she says she swung between bouts of anxiety and aggressive behaviour, much of it linked to the break-up of her parents’ marriage when she was still at primary school and her own reaction to that experience.

She said: “It really helped to have someone take the time to be there for me and listen to my story and say, ‘You have been through a lot’ rather than, ‘Just deal with it’. Someone giving me that bit of hope.”

The MsMissMrs workshops have strengthened Jade’s relationship with her son and helped her reassess her connections with friends and family.

More importantly, it has helped her to understand herself.

She said: “Sometimes I’d get up in the morning and look in the mirror and I’d put myself down and other days I would be full of confidence. I got nervous and anxious sometimes, even getting on a bus when I thought people were looking at me, other days I could be really aggressive.

“Now I’ve learned to put my past in the past. The workshops have changed my life. 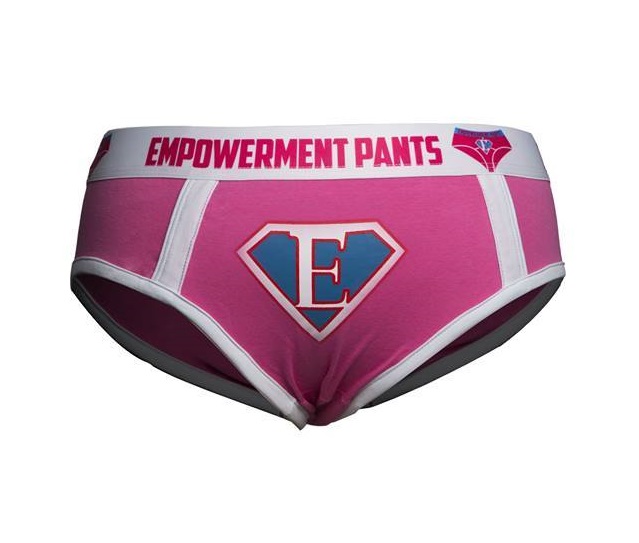 For Douglas stories like Jade’s give her the incentive to grow the social enterprise and reach out to more young women.

“Life can be hard but just because you come from a certain background doesn’t mean you’re a failure,” she says.

“Sometimes it’s just about developing the confidence to move on, and having someone tell you what you’re good at.”