A leading charity has reached a settlement with its ousted chief executive months after board members leaked allegations against her to a national newspaper.

Citizens Advice Scotland (CAS) confirmed it has come to terms with Margaret Lynch, who was deposed from the organisation’s top spot in March.

It accepted there was “no improper or dishonest intent" in Lynch’s conduct during her time in the role.

Exact details of the settlement are unknown, but it is understood both parties are keen to move on from what was one of the most rancorous disputes to afflict any Scottish charity in years. 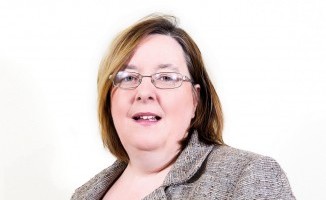 At its heart was a poisonous relationship between the charity’s professional staff and its board. It saw Lynch suspended in February and then sacked the following month after an investigation by auditors Chiene and Tait, which accused her of financial inpropriety. At the time, Lynch vowed to challenge the findings through an employment tribunal.

However, as reported on extensively by TFN, events at the charity overtook the issue of its sacked chief executive as the spotlight turned to the board, culminating in the resignation of chair Dominic Notarangelo in July after an independent governance review slated his leadership.

The after-effects of the problems are still being felt within CAS – just two weeks ago a legal challenge was lodged aimed at frustrating internal reforms.

While that has still to play out, the umbrella body for Scotland’s 61 Citizens Advice Bureaux, will hope coming to terms with Lynch – just one in a series of chief executives it has lost since 2009 – will go some way to help the organisation move on.

A statement from the charity read: “Citizens Advice Scotland has reached a settlement with its former chief executive Margaret Lynch.

“Citizens Advice Scotland now accept that there was no improper or dishonest intent in Ms Lynch’s conduct during her time as chief executive, and that there was a breakdown in the relationship between Ms Lynch and the board.

“Both parties now wish to move on. Citizens Advice Scotland recognises the energy and enthusiasm which Ms Lynch brought to the role and wishes her well in her future career.