Scottish charity workers the length of the country have been recognised for their outstanding commitment and dedication to the voluntary sector in the Queen’s 90th Birthday Honours List.

Topping the list from the sector’s perspective, philanthropist Sir Ian Wood was made a Knight Grand Cross of the Order of the British Empire (GBE), the highest honour possible.

Sir Ian, who is chairman of his own charitable foundation The Wood Foundation, which he gave £14 million last year, was knighted in 1994.

Reacting to the news, the oil tycoon, described his latest award as a “huge honour”.

He added: “This was really a big surprise – I was very happy with my knighthood! 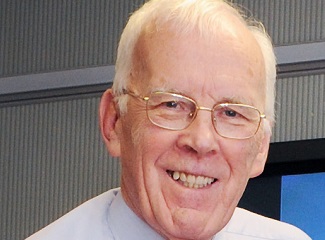 “It’s obviously a huge honour for myself and my family. I am particularly proud that the family’s philanthropic activities are now having a real impact."

In total there were 113 Scottish recipients in the Queen’s Birthday Honours.

David Cameron, the director of Community Land Scotland, was made a Commander of the Order of the British Empire (CBE) for services to community land ownership in Scotland.

Cameron served as the organisation's chairman for five years from 2010 to 2015 and helped it grown from a membership of just 17 to almost 70.

Accepting his honour, he paid tribute to the umbrella group's members across Scotland.

“They are the ones who work every day to make things better for their communities,” he said.

“The award is as much theirs as mine as I just happen to be the person who sent a few letters or said something on their behalf.”

David Hope-Jones was one of the youngest recipients to be bestowed with an honour.

At just 33, the principal officer of the Scotland Malawi Partnership is well under half the average age of his fellow awardees. 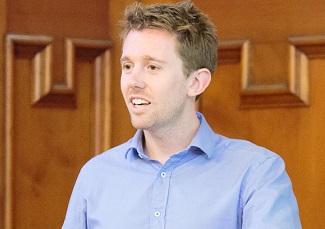 He was made an Officer of the Order of the British Empire (OBE) for services to international development.

Hope-Jones, who has also served as secretary of the Scottish Parliament’s cross party group on Malawi since 2008 and previously worked for the British Red Cross in Edinburgh, said: “It’s a wonderful surprise and a great honour to be named in the Queen’s 90th birthday honours list.

“The Scotland Malawi Partnership is a fantastic organisation to be involved with as it celebrates the role civic society can have in transforming lives through dignified partnership.

“Each day is different, whether it’s building Scottish markets for fantastic Malawian products like coffee, rice or gin; helping organise head of state visits; or meeting young Scots who have been inspired by their friendship with Malawi. It’s wonderful to be a part of the great team effort.”

Jim Sweeney, chief executive of YouthLink Scotland, has been recognised for his outstanding contribution to the youth work sector in Scotland by being made a Member of the Order of the British Empire (MBE).

Initially, a trainee youth and community worker in 1972, Sweeney has worked his way thought the sector reaching his current position in 2006. 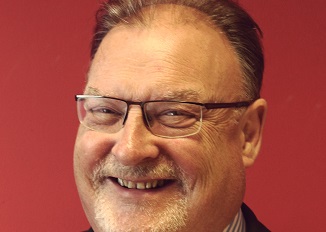 Reacting to receiving his award, he said: “I am honoured and humbled to receive this award.

“I feel it reflects the journey we have been on as a sector and as a national agency.

“The commitment of youth workers paid and voluntary inspire me on a daily basis as do the amazing young people I meet.”

Other familiar faces from the sector receiving MBEs were Alison Frazer, the former chief executive Music in Hospitals Scotland; Maria Macnamara, founder of Smalls for All a charity which helps vulnerable women and children in Africa; Calum Munro and Gerald Grant, co-founders of The Highland Cross - a fundraising athletics event which raises money for local charites; and Elizabeth Ralston, the founder of Anderston Youth Café in Glasgow.

A number of third sector workers and volunteers received BEM awards making them a Medallist of the order of the British Empire.

Some of the standout recipients include Alastair and Helen Nicolson who were rewarded for their services to Cancer Research UK in the Isle of Skye; Alison Brown, the co-founder of the Beach Wheelchairs charity in North Berwick; Maureen Fraser, chair of respiratory charity Cheerful Chesters; and Margaret Robertson, a ChildLine Glasgow volunteer.

0 0
Dr. Philip Simpson
over 6 years ago
Amazed that John Challis OBE didn't get a special mention for his work with The Raven Trust in Malawi