Policy focus has to be on improving Scottish children’s lives

The rights of children must be central to any future Scottish or UK government following the no vote in the referendum, say children’s charities

Poverty, and in particular child poverty, featured highly in the run up to the vote and third sector organisations have united in their responses following its conclusion.

Children in Scotland chief executive Jackie Brock called for existing powers and new devolved powers, that may come to fruition, to ensure the very best for every child in Scotland.

She told TFN the result still presents opportunities for the Scottish Government to achieve its ambition of making Scotland ‘the best place in the world to grow up’.

“Although it is unclear whether Scotland will have all the powers it needs to increase investment in services for children and families – in particular childcare – it is important now to focus on making the most of existing powers and new devolved powers that may come to fruition as a result,” Brock said. 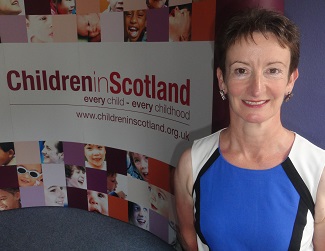 With one in five children living in poverty Children in Scotland will continue its work to improve the life chances for all children and the success of Scotland in the future.

Brock continued: “At Children in Scotland our priority has always been to promote the rights and interests of all children, young people and their families, irrespective of the constitutional context in which our work takes place, and we’re looking forward to continuing and strengthening our work with our members.”

The Child Poverty Action Group (CPAG) in Scotland today said that momentum garnered in the run up to the referendum must be harnessed to transform children's lives.

“The fact that rising child poverty was such a recurring and high profile issue throughout the referendum campaign was hugely welcome, as was the level of public engagement in discussing how we create a fairer Scotland,” John Dickie, the director of CPAG in Scotland, said.

“Commitments have been made, new approaches to social security proposed and expectations raised. This has all been a far cry and a refreshing change from the prevailing UK discourse of welfare dependency, scroungers and benefit cuts that is pushing up to 100,000 more children into poverty in Scotland alone.

“It is now vital that we grasp this opportunity to harness the public will and political focus generated over the last few weeks and use it to transform the lives of the one in five children for whom 18 September 2014 was just another day scarred by poverty.”

Alison Todd, chief executive of Children 1st, said it was up to everyone and not just governments to make sure Scotland is the best place for young people to live.

“What’s been clear is that it takes all of us – not just our governments and their policies – to make this country a place where we can ensure a happy, healthy, safe and secure childhood for all,” she said.

“At Children 1st we are always active on behalf of the children and young people we work with to ensure their voices are heard.

“In a refreshed relationship with the rest of the UK we would like to see children’s rights become the bedrock for policy and decision making. But we can’t do this alone. We would ask people to use this current political momentum to help us ensure our governments put children and young people at the heart of everything they do.”