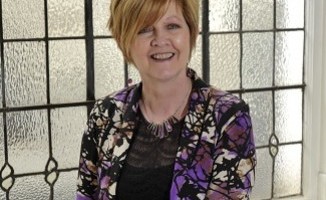 “I hope this award helps shine a light on autism and the 58,000 people with autism in Scotland, many of whom struggle daily to access the same opportunities most of us take for granted

A mother of two boys with autism, McKeitch brings expertise, energy and a huge commitment to her cause. Her tirelessness ensures there is an invaluable hub of information and support for families affected by autism in her home town.

Mckeitch was nominated by the National Autistic Society, who said she, like her four fellow nominees in the category, had gone the extra mile for a cause close to her heart and had made a huge contribution to Scottish society.

On receiving her award at the annual awards dinner and ceremony, organised by the Scottish Council for Voluntary Organisations (SCVO) in Edinburgh’s Assembly Rooms, McKeitch paid tribute her fellow shortlisted finalists.

“All the nominees in this category have made a huge, positive difference to the lives of people in Scotland,” she said.

“I was in amazing company, so I am particularly humbled and honoured to have won this fantastic award. I would like to thank the National Autistic Society Scotland for their support and for the nomination.

“I hope this award helps shine a light on autism and the 58,000 people with autism in Scotland, many of whom struggle daily to access the same opportunities most of us take for granted.

“I feel privileged to be able to play a part in helping people with autism lead the lives they choose.”

The Scottish Charity Awards aims to recognise the life-changing work of charities, community groups and individuals dedicated to making Scotland a better place.

Shulah Allan, convener of SCVO, said: “All of this year’s finalists are remarkable examples of how Scotland has one of the most vibrant and innovative third sectors in the world.

“The awards are all about celebrating the endless energy that these people channel into making Scotland a better place to live.”