Many countries across the globe are tightening their entry restrictions and introducing enhanced screening procedures to detect Ebola as part of efforts to contain the disease.

While these restrictions are put in place to protect people, they have made it difficult for charity workers and medical staff to travel to the affected areas to give support to those in need.

Certain countries have introduced entry restrictions for people who have visited Ebola affected countries: they could be quarantined for 21 days upon their return to their home country, which greatly affects charities.

According to Centres for Disease Control and Prevention (CDC), Ebola cases are doubling in Liberia every 15 to 20 days and every 30 to 40 days in Sierra Leone and Guinea. The CDC predicts that, if it remains unchecked, Ebola could affect as many as 1.4 million people by early 2015. 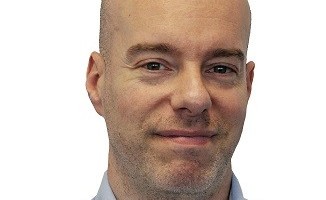 No airlines were willing to fly to any of the Ebola affected countries until this week when Air Cote d’Ivoire began services from Abidjan to Freetown, Monrovia and Conakry

The CDC also estimates that the outbreak could end by late January 2015 if approximately 70% of Ebola patients receive appropriate care by late December 2014, so ensuring that charities are able to travel and distribute aid to those affected is of the utmost importance.

As a travel management company managing director, my job has become much more complex and critical. Where previously, we could arrange travel for charities to Sierra Leone, Liberia and Guinea in a straight forward manner, now it is a logistical minefield.

The Ebola outbreak is one of the most complex crises our team has worked on. The ever changing route possibilities and re-entry restrictions are affecting the delivery of aid and medical support, only Brussels Airlines and Royal Air Maroc are currently operating to transport aid workers into affected areas from outside the region. Within Africa no airlines were previously willing to fly to any of the Ebola affected countries until this week when Air Cote d’Ivoire began services from Abidjan to Freetown, Monrovia and Conakry.

Since the beginning of the outbreak our travel consultants have arranged hundreds of flights to Conakry, Freetown and Monrovia for medical teams and experts deployed to tackle the crisis. Our in-house visa team are also rapidly processing visa applications to enable client specialists to travel and give much needed support during the crisis.

We have introduced daily Ebola Updates by email to keep aid workers and charities up to date on any disruption the restrictions may have on travel plans. Many country restrictions are changing on a daily basis and so this information is also critical not only for planning travel to the region, but also how their staff will exit when they have completed their work.

Our clients, such as Save the Children, the International Rescue Committee and GOAL have flown with Brussels Airlines or Royal Air Maroc to scale up their response to the Ebola outbreak.

Once there, Save the Children is working with DFID and the Ministry of Defence to build and run a treatment centre in Sierra Leone as well as supporting an Interim Care Centre in Kailahun for children who have lost their families to Ebola. Save the Children are also working in Liberia and Guinea to tackle the spread of the disease.

The International Rescue Committee is training medical workers, caring for people with treatable diseases who would otherwise die because they are afraid to visit health centres and working to prevent people from catching Ebola.

0 0
VirusCancerKiller
about 8 years ago
I got the solution to the Ebola crisis - Ebola is not a problem at all - Everything can be normalized very fast - I got the power (like a God) to wipe out Ebola, AIDS, Malaria, Dengue, Cholera, TB, Colds, Flues, etc. in just a few days - I got my WVD - The Weapon of Virus Destruction - Just an exercise for a minute a day - The cure and prevention of any diseases, known on Earth for more than 2 million years - Infections, Cancers, Diabetes and Strokes - Even Tibetans don't know how to stay absolutely healthy all the time - The price of the WVD for the whole world is 5 billion EURO/BUCKS/BP.