Harry Potter is worth at a conservative estimate £25 billion. The movies about his life grossed over £7bn and books written about him have earned a similar amount.

There’s a theme park and a West End show based on his life. Billions of people across the world know his name and his life story. Not bad for a young person who grew up in care.

Harry Potter is of course, fictional. A creation from the imagination of JK Rowling.

Although the world Harry lives in is fictional, for me and many others who grew up in care he is the most relatable character we’ve seen.

It isn’t the fact he is a wizard, a quidditch prodigy or that he can speak to snakes. What we can relate to is that he lived with someone other than his mum or dad. He struggled with his own identity and had to work really hard to make sense of the circumstances he found himself in. None of which was of his choosing.

Just last week, DC premiered a trailer for their latest superhero movie, Shazam. The opening line is: “You’ve run from foster homes in six counties… give these people a chance because that’s what they’re giving you.” 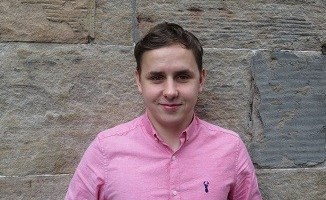 Care experienced people are unique, full of potential and hope - it’s time for the stories around us to reflect that

Since the early days of storytelling, characters have always been the most vital component. Their choices, beliefs and actions shape how we think about them and whether we like them.

A crucial part of a story being successful is that it somehow reflects people’s own lives. From Shakespeare to Rowling, great storytellers have ensured that their readers, viewers or listeners can not only see their own qualities in characters but to see themselves within the context of the story.

You can take online quizzes to find out whether you’re a Carrie or a Miranda, a Targaryen or a Lannister or a Don Draper or a Pete Campbell. For care experienced people it isn’t that easy.

Everywhere I look there are representations of care experienced characters in popular media. Paul Spector in the hit drama The Fall was brought up in care. Tracy Beaker lived in a residential home and Harry Potter was brought up by his aunt and uncle. I could go on. It’s ubiquitous in story-telling. This ubiquity though doesn’t mean that care experienced people see themselves in these characters.

They see tropes. Saying that someone is in care is usually a shorthand to explain why they’re so troubled or dangerous. It’s hard to see yourself represented in the media when portrayal of care Experienced people leaps from manipulative sociopaths to superheroes with very little in between.

This may explain then why the most relatable story for care experienced people is Harry Potter. Harry Potter of course, is a story about love and good versus evil. The characters are defined by friendship, loyalty, talent, determination and courage. They are all afforded the privilege of being unique people who are not simply defined by their care experience.

This is something care experienced people have been drawn to since the story first hit the shelves and then the cinema because we too are unique. We too have had difficult backgrounds but still dare to hope. Yet we seldom see that reflected in portrayals of our lives on screen or in the pages of a book.

On 17 August during the Edinburgh International Book Festival, the first minister is hosting a special meeting of the Who Cares? Scotland book club. She will meet care experienced people and talk about what Harry Potter means to them. She’ll hear about their lives, moments in time when they’ve experienced judgement or stigma and how Harry Potter has been a beacon of hope for them.

Care experienced people are not troubled, dangerous or deranged. We’re unique, full of potential and most of all, full of hope. It’s time for the stories around us to reflect that.

If you want to know more about book club, email [email protected]

Kenny Murray is public affairs coordinator at Who Cares? Scotland.

0 0
Family Scapegoat
over 4 years ago
The brilliance and imagination of J.K.Rowling is magical but it is the covert groundbreaking tackle of a taboo subject, that many children are not safe at home, are abused by their caregivers and families. We need books in all different creative ways for all ages to help children survive the cognitive dissonance and confusion of being raised by a narcissistic parent.